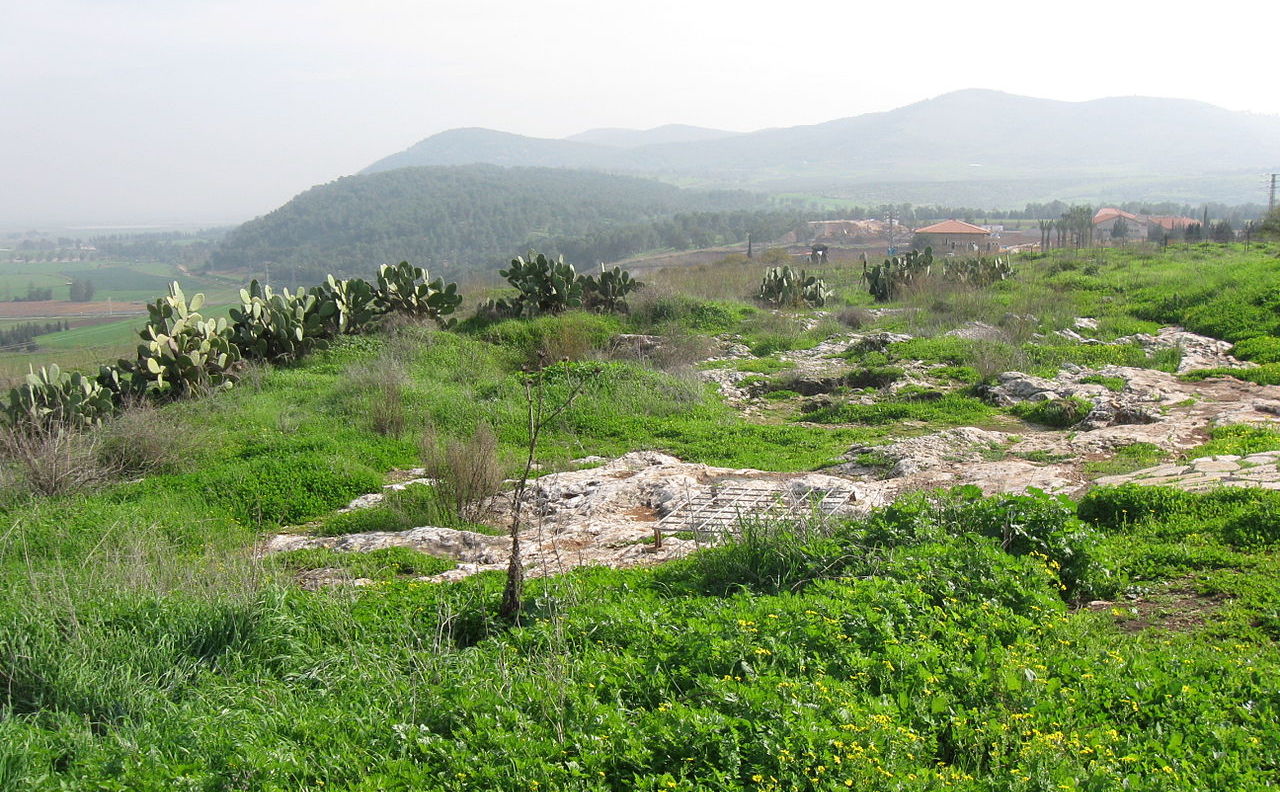 The ancient city of Jezreel is built on the rocky spur of the foothills of the beautiful Mount Gilboa. The Jezreel Valley below is one of the most fertile regions of Israel. In the mid-ninth century b.c.e., Jezreel was home to King Ahab of Israel and his wife, Jezebel.

King Ahab’s existence has been verified through archaeology: His name is famously recorded on the Assyrian Kurkh Monolith. And a small seal stamp almost certainly references his infamous wife. Likewise, a series of geopolitical events surrounding the reign of this king, as described in the biblical account, have been verified through excavations (particularly in relation to Ahab’s battles with Syria).

Now, archaeological evidence reveals a biblical event much closer to home for Ahab. So close to home, in fact, that it happened next door. It is the dramatic and sanguine story of Naboth’s vineyard.

Has Naboth’s vineyard been found?

Neighboring Ahab’s palatial grounds in Jezreel was the vineyard of the wealthy Naboth. Ahab began to covet the vineyard, and went to Naboth to purchase the land or trade it for property elsewhere. The Bible records the meeting in 1 Kings 21:1-4:

And it came to pass after these things, that Naboth the Jezreelite had a vineyard, which was in Jezreel, hard by the palace of Ahab, king of Samaria. And Ahab spoke unto Naboth, saying: ‘Give me thy vineyard, that I may have it for a garden of herbs, because it is near unto my house; and I will give thee for it a better vineyard than it; or, if it seem good to thee, I will give thee the worth of it in money.’ And Naboth said to Ahab: ‘The Lord forbid it me, that I should give the inheritance of my fathers unto thee.’ And Ahab came into his house sullen and displeased because of the word which Naboth the Jezreelite had spoken to him; for he had said: ‘I will not give thee the inheritance of my fathers.’ And he laid him down upon his bed, and turned away his face, and would eat no bread.

Naboth was fully within his rights to reject the king’s offer and maintain his vineyard. This was inherited land that had been passed down the generations of his family. According to Israelite law, it wouldn’t be right for him to sell it.

The account continues with the arrival of Jezebel (verses 5-7:

The Bible goes on to record Jezebel’s actions. The queen wrote letters convening a court case and a fast, and sealing them with Ahab’s royal seal. Naboth was to stand accused of cursing God and the king. Two false witnesses were brought forward to give “evidence.” Poor Naboth had no chance: “Then they carried him forth out of the city, and stoned him with stones, that he died” (verse 13).

Ahab, upon hearing of the death of Naboth, took possession of the vineyard. However, his victory was short-lived. Elijah the prophet soon came to him with a prophecy of a humiliating death for him and his wife, and the extinguishing of his royal line.

It’s a dramatic account. And new archaeological evidence supporting it has been discovered.

In 2012, the Jezreel Expedition was founded, and there have been digs at the site every year since under the direction of Dr. Norma Franklin of the University of Haifa. The site consists of two nearby tel mounds within a 1-square-mile agricultural area—the upper Tel Jezreel and the lower Tel ‘Ein Jezreel. At the foot of Tel Jezreel, archaeologists have uncovered a prominent ancient winery that was operating during the ninth-century b.c.e. time of Naboth.

The biblical account describes Ahab’s “house” near the vineyard at Jezreel as a hekhal, which simply refers to a “large, important building, possibly of a military or religious nature”—not necessarily a palace. Excavations at the top of Tel Jezreel have revealed a hekhal, related to some kind of military use, dated roughly to the ninth century b.c.e. And at the foot of Tel Jezreel, below the large building, they found the 40-square-foot wine-making complex, complete with a large treading floor, deep vats and a basin.

Today wineries are almost always located alongside a vineyard. It saves on transportation costs and makes the processing more efficient. This would have been even more important during Bible times. So if one finds a winery, it is logical to deduce that the vineyard would have been close by—especially in the rich Jezreel agricultural region.

Rock-cut archaeological features such as wineries are nearly impossible to date, since they are regularly cleaned and cleared of identifying pottery or carbon samples. Still, Franklin’s team was able to retrieve plaster pieces containing carbon samples. These revealed a final use of the winery between the first century b.c.e. and first century c.e. As for when its use began, the floor matches with other securely dated Israelite wineries to the early ninth century b.c.e., Omride period. Further, there is no evidence of a beam press or screw press, which were typical installations from later periods.

The winery, therefore, is a good match with the biblical account of Ahab and Naboth. And it fits even better when we consider the precise geographic positioning of Naboth’s vineyard as shown retroactively, in a later biblical passage: 2 Kings 9.

Ahab’s son, King Joram, had been wounded during battle against the Syrians at Ramoth-gilead. He withdrew to Jezreel to recover while the battle continued (note that the hekhal of Tel Jezreel showed signs of a military-station function, playing into this account). Partway through the ongoing battle, the military commander Jehu was anointed king by one of Elisha’s servants (see here for inscriptional evidence relating to this interlude) and was commissioned to dispatch Ahab’s royal line.

Jehu subsequently rode his chariot to Jezreel from the east (by way of the Via Maris). Joram spotted his arriving commander and began to ride down from Jezreel to meet him. They met at Naboth’s vineyard (2 Kings 9:21), where Jehu killed Joram and discarded his body in the winery—again, below and on the east side of Tel Jezreel.

The general region around Tel Jezreel is known for its ancient production of olive oil and wine. Indeed, after conducting airborne LiDAR scans of the area, Franklin’s team noted some 57 wine and olive oil presses. But soil analysis showed that it was specifically the area east of Tel Jezreel, and around the above-described large ancient winery, that was best suited for grapes. The land west of the tel, on the other hand, proved best suited for growing olives.

Proof of the Bible’s accuracy?

Dr. Franklin wrote about her discoveries in TheTorah.com and Biblical Archaeology Review. She wrote, “Even if it cannot be securely attributed to Naboth the Jezreelite, the excavated Jezreel winery reflects the reality on the ground as described so vividly in 2 Kings.” And, we might add, 1 Kings 21.

Short of finding an inscription saying “Naboth was here,” the evidence for this vineyard is as sure as an archaeologist could ask for.

With everything that has been uncovered, the accuracy of the Bible is beyond reasonable doubt. Of course, today there are few archaeologists who are bold enough to make that claim. At least six biblical figures from the reign of King Ahab have been proved by archaeology. Several more have been identified with “near” proof (including possible evidence for the Prophet Elisha). Evidence attests to the geopolitical situation with Syria, including evidence for Syria’s belligerent kings. And we now have evidence relating to Naboth’s vineyard.

For more information about the growing number of exciting archaeological finds attesting to the accuracy of the biblical record, read Christopher Eames’ article “Proof: Archaeology Proves the Bible.”