‘Thou Shalt Not Live Too Closely Together …’

Well, the Bible doesn’t quite say that. But there is a principle—with archaeological precedent.
By Christopher Eames • January 6, 2020 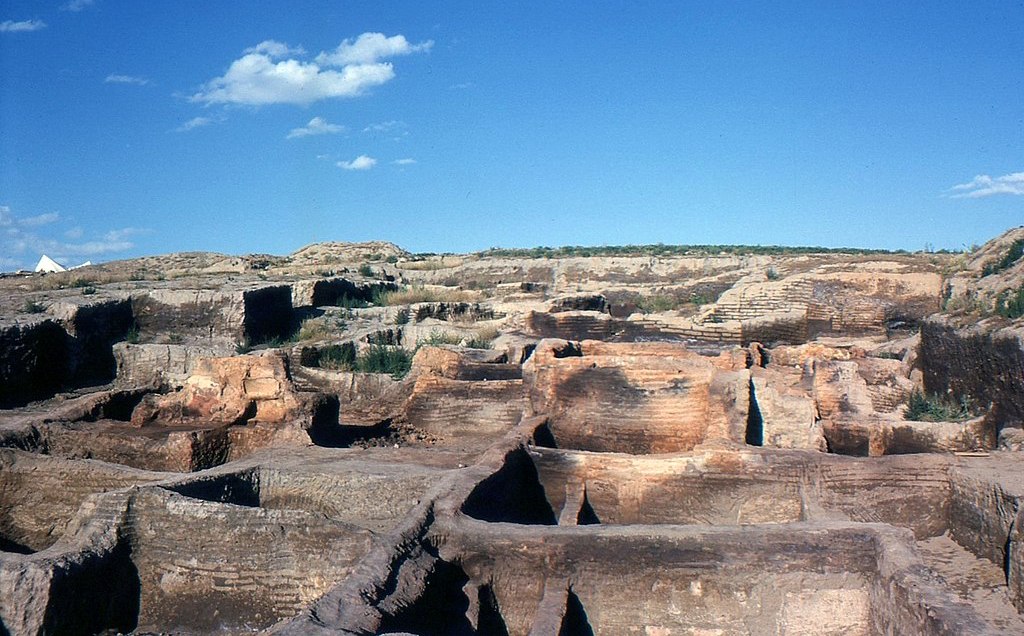 It goes without saying that living in cramped, congested cities isn’t really the ideal for one’s physical and mental health. Of course, there is no biblical command against living in cities—most of us do, and in many cases, it is all that is affordable. But ideally, a human needs space. The Bible describes the world to come as one where all will have their own “vine” and “fig tree”—their own plot of land (Zechariah 3:10).

Man’s well-being is clearly best when it is not cooped up in a compact, typically dirty city environment. And archaeological evidence backs this up.

Çatalhöyük, meaning “forked mound,” was an ancient city discovered in southern Turkey. Its habitation has been dated from around 7000–6000 b.c.e. (note this article, however, for issues with this dating). The large city was made up only of domestic homes, and the general communal “sameness” and apparent lack of hierarchy has led to the description of Çatalhöyük as a prehistoric example of an anarcho-Communist society.

Çatalhöyük is believed to have had a population of up to 10,000 at its peak. And these people packed themselves in pretty well.

You are probably familiar with terraced housing (houses built in a single long street row, sharing side walls). Well, think along those lines for Çatalhöyük—plus. The city was a honeycomb of small, mud-brick, apartment-style abodes with literally no space between them—such were the confines of Çatalhöyük, that homes were typically accessed through a hole in the roof, with a ladder. The flat ceilings constituted the “street.” These cramped houses—boxes might be a better word—had no windows; smoke from their open fireplaces would exit through the “roof entrance.”

Such cramped city conditions naturally were a magnet for disease. And for further reason—dead people were buried inside the houses, in pits that had been dug out of the floor (they would even be buried under beds). Scientists were surprised by these bones found within the houses—based on their dental structure, most household members appeared to be unrelated to one another.

Archaeologists have discovered remains of human and animal dung within the homes, and general waste dumped just outside. Disease was rampant—a full third of bones discovered in the city showed lesions from infections.

And the bones had an even more sinister tale to tell.

Out of 93 skulls from Çatalhöyük that were studied, 25 of them—in other words, over a quarter—showed evidence of healed fractures. Worse, in 12 cases the person had been beaten as many as five times, and not with mere soft fists. “The shape of the lesions suggested that blows to the head from hard, round objects caused them—and clay balls of the right size and shape were also found at the site,” the scientists write.

Evidence showed that these people were clubbed over the back, or top, of the head. An increased number of skull injuries were shown for the “Middle period”—the time period when Çatalhöyük’s population was highest. As such, the researchers postulate that overcrowding led to frayed nerves, violent confrontation and murder.

According to Prof. Clark Spencer Larsen, the city was “one of the first proto-urban communities in the world, and the residents experienced what happens when you put many people together in a small area.”

Ultimately, though, scientists believe that the collapse of the city was a result of the overexploitation of the surrounding environment to feed the population. Such is another pitfall of city life.

A Babel of Population

Çatalhöyük stands as an unfortunate, eerie dystopian example of the frailty of city life—of overpopulation within a confined area.

In the Bible, God repeatedly tells man to spread out—to “have dominion over all the earth.” These were His words to the first parents, Adam and Eve. And following the great Flood, a similar message was conveyed to Noah and his descendants.

Mankind, though, has always wanted to go his own way, and has always had the urge to bundle together in big cities. The cursed Cain left his home and built for himself the city Enoch. The rebellious Nimrod, following the Flood, disobeyed God’s orders by gathering mankind together to build a city and the tower of Babel in the Plain of Shinar (ancient Sumer; Genesis 11:1-2). The rest of the story is well-known—God stepped in to confound the languages, forcing mankind to separate and spread out. Verse 4:

And they said, “Come, let us build us a city, and a tower with its top in the sky, to make a name for ourselves; else we shall be scattered all over the world.”

Çatalhöyük is an example of how well that idea worked out for mankind.