Why the protests will not succeed in toppling Iran’s Islamic regime
By Warren Reinsch • December 5, 2019 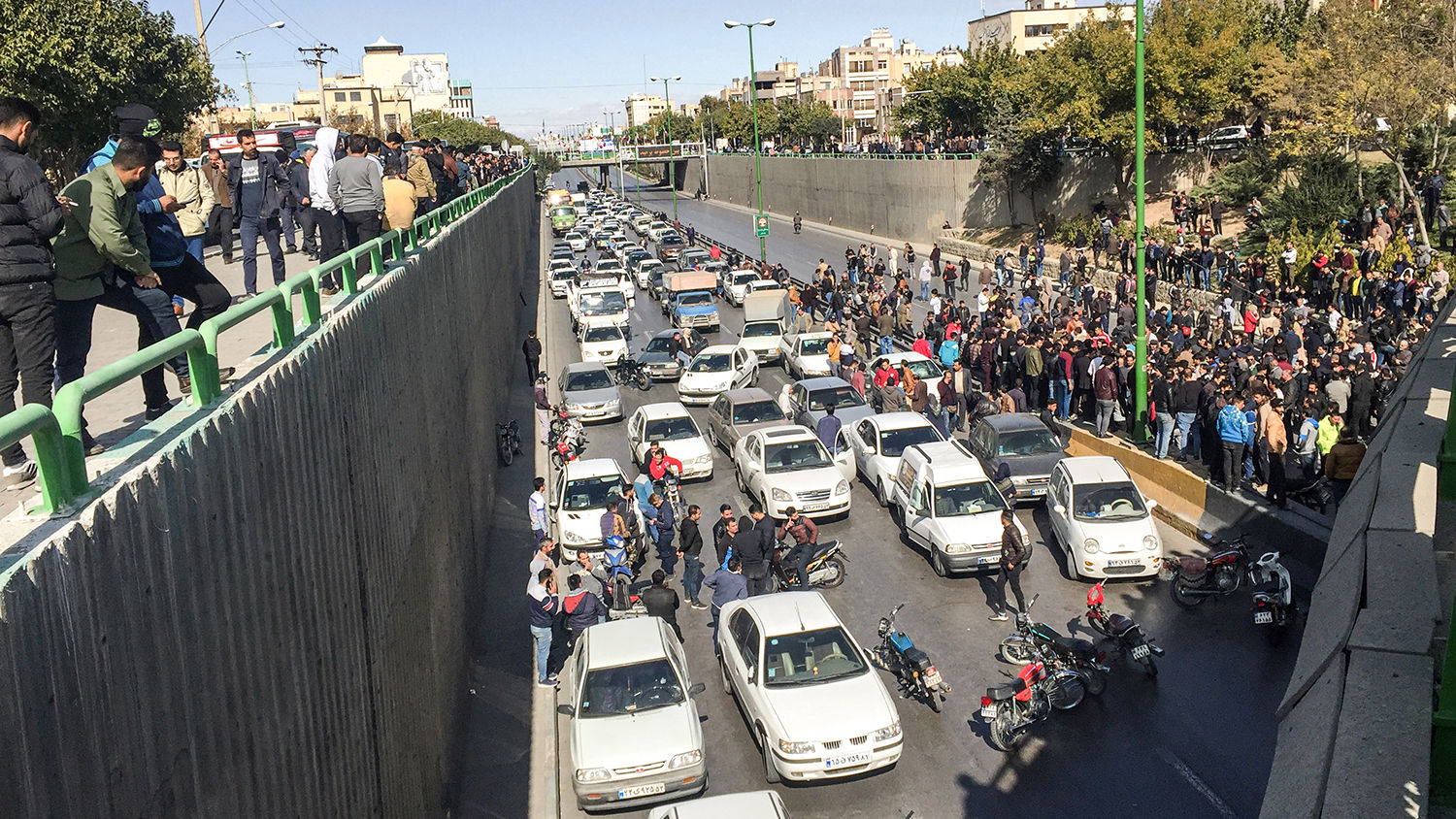 Iranian protesters block a road during a demonstration against an increase in gasoline prices in the central city of Isfahan on November 16.
-/AFP VIA GETTY IMAGES

Two weeks ago, the deadliest protests in Iran since the 1979 Iranian Revolution were sparked after fuel prices surged as much as 200 percent. Hundreds of thousands of protesters flooded the streets calling for the end of the Islamic Republic’s regime. However, Bible prophecy indicates that these protests will not succeed.

Iran’s Islamic Revolutionary Guard Corps (irgc), which means “protectors of the Revolution,” were deployed to restore order by stamping out civil unrest; soldiers opened fire against civilian crowds. According to the New York Times, in the southwest city of Mahshahr alone, irgc soldiers surrounded, shot and killed 40 to 100 mostly unarmed demonstrators. Mahshahr is in a region with an ethnic Arab majority, rather than Persian, and has a long history of opposition toward the central government in Tehran.

According to several sources, estimates say as many as 450 people were killed, 7,000 injured, and 10,000 arrested. According to the Wall Street Journal, Iranian security forces have required the family of the deceased to pay $8,000 and lie about their deaths. Omid Memarian, deputy director at the Center for Human Rights in Iran, said, “The recent use of lethal force against people throughout the country is unprecedented, even for the Islamic Republic and its record of violence.”

These protests have illuminated the effect that United States sanctions are having on Iran. In April 2018, Iran was exporting about 2.5 million barrels of crude oil per day. On May 8, 2018, U.S. President Donald Trump withdrew from the Iran nuclear deal, signed by former President Barack Obama, and began reimposing economic sanctions on the Iranian state. Since then, America has targeted its crucial banking, oil and shipping sectors. This summer, Iran’s oil exports dropped as low as 100,000 barrels per day.

“Why is Europe bailing out the ruling regime now?” Bloomberg asked on Monday. Given the facts about Iran’s struggling economy and the recent protests, “it’s puzzling that America’s European allies chose last weekend to announce that six more countries are joining a bartering system, known as Instex, designed to evade the U.S. sanctions on Iranian oil.”

According to the bbc, protesters said, “The supreme leader lives like a god. We, the people live like beggars.” One of the protest’s popular slogans is: “No Gaza. No Lebanon. Our Lives Are for Iran.” Despite the economic hardships, the regime is still sending billions of dollars to its proxies in Gaza, Lebanon, Iraq, Syria and Yemen. The people want that money to stay in the country, which is why they are protesting.

Nevertheless, Europe will not acknowledge this fact and act. “Britain along with the [European Union] tried every ruse to undermine sanctions and continue to trade with Tehran,” wrote Melanie Phillips for the Times. She said this is for two primary reasons: “The first is a refusal to accept that Iran poses the threat that it does.” Second, because the protests were “provoked by the damage done to Iran by [Trump’s] reimposed sanctions.”

Several experts, such as Alireza Nader from the Foundation for Defense of Democracies, criticized Europe for working to undermine President Trump’s success at pushing the regime to the brink of collapse.

In an interview with the Foreign Policy Research Institute, Afshon Ostovar, author of Vanguard of the Imam: Religion, Politics, and Iran’s Revolutionary Guards, said, “I think the irgc shapes Middle East policy more to its liking than any other Iranian institution.” The irgc’s crackdown on the protests shows the extent the regime is willing to go in order to stay in power.

In The King of the South, Watch Jerusalem editor in chief Gerald Flurry writes, “The only way to win such a war is to deal with the main source of the terrorism, or to cut off the head of the terrorist snake. … However, we can’t win this war unless we also remove Iran’s leadership.”

U.S. sanctions under President Trump have proved to be very effective. They are crippling the regime. However, as Mr. Flurry says, the only way to stop Iran is to remove the leadership. The Iranian people know this, but they are not capable of overthrowing the regime alone—they do not have the ability. But President Trump, just like Obama before him, will fail to support these protests.

The Bible says that these protests will only make Iran bolder.

Daniel 11:40 says, “And at the time of the end shall the king of the south push at him ….” In his booklet, Mr. Flurry identifies this “king of the south” as radical Islamic extremism, led by Iran. (For proof, request a free copy here). This prophecy says that just before the coming of the Messiah, “at the time of the end,” Iran would “push” at a united European power. Even now, we see Iran beginning to push at Europe, most notably through its ballistic missile development, nuclear program and strategy to control world trade.

“In the 1930s, Winston Churchill warned Britain and America about Hitler. The politicians, media and educational institutions were overwhelmingly pacifist and against him,” Mr. Flurry writes in The King of the South. “In fact, he stood alone among world leaders! And it almost cost us the victory in World War ii! We have learned virtually nothing from Churchill’s warning. In fact, the pacifists have grown much stronger today.”

Very few, like Israel’s Prime Minister Benjamin Netanyahu, stand up against Iran’s belligerence. Many more are overwhelmingly pacifist. Europe, for the time being, does not want to confront Iran. Even President Trump backed down on his own policy. On Tuesday, when asked if he backed the protests, he said no, the U.S. is not financially or militarily supporting the protests. As a result of this pacifism, Trump’s sanctions will fail and the radical Islamic regime will persist.