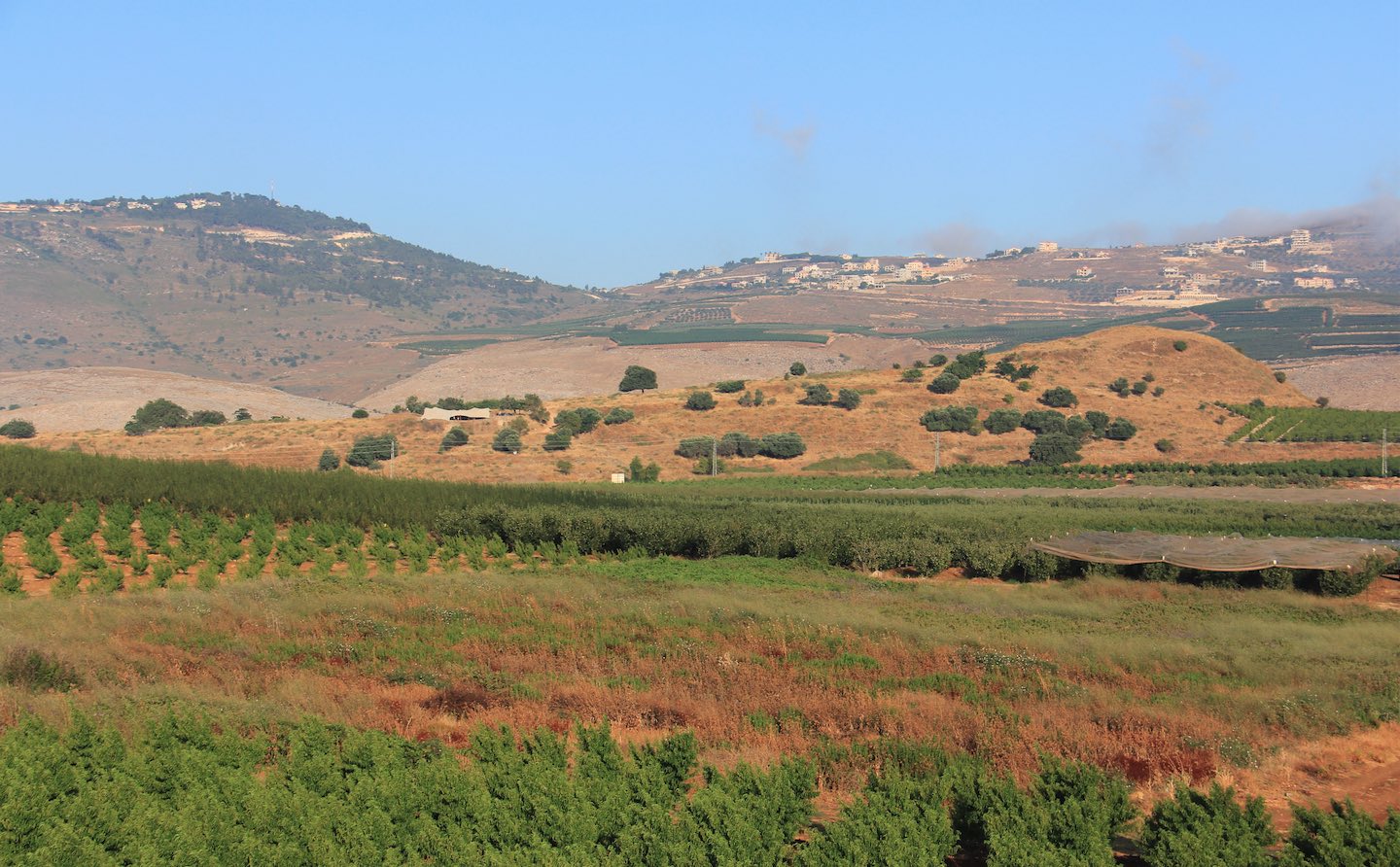 “L’Benayau”: A small, fairly innocuous inscription on a clay vessel. But one with potentially far-reaching consequences about how scholars view the territorial extent of biblical Israel.

The Hebrew inscription is a very early Israelite name tag, translated as “Belonging to Benaiah,” and dated to the 10th–9th centuries b.c.e. None of these things are particularly unusual (although 10th-century b.c.e. Hebrew inscriptions are quite rare). What was unusual—at least, to scholarly convention—was the find spot: Abel Beth Maacah.

Abel Beth Maacah is an ancient town and modern archaeological site mentioned five times in the Bible—special, in that it is at the northern extremity of modern-day Israel (see the below map). Due to its location, it was typically one of the first Israelite cities to face attack—for example, by Assyria’s Tiglath Pileser iii during the eighth century b.c.e. (2 Kings 15:29).

This clay jar, however, is believed to date some two centuries earlier—to the 10th or 9th century b.c.e. Many scholars assume Israel was only a small political entity during this time period, if a political entity at all. Certainly not one that stretched up as far north as Abel Beth Maacah. Instead, it was believed that this town wasn’t ruled by the Israelites until the eighth century b.c.e.

The clay jar suggests an Israelite presence in the town at a much earlier date. The vessel belonged to a man not only with a Hebrew name, but in a classic Israelite “Yahwehist” form (ending yau; later, yahu). Of course, a single Hebrew label does not prove that this town belonged to the Israelites during the 10th and ninth centuries b.c.e. But it has “surprised” researchers and forced the question of an Israelite link at such an early date.

Such a discovery is not surprising to those with knowledge of the biblical text. Abel Beth Maacah is directly labeled as an Israelite town during the 10th-to-9th-century reign of King Asa. At the request of this Judahite king, the Syrians invaded the northern kingdom of Israel, conquering Abel Beth Maacah and other northern cities of the tribe of Naphtali (1 Kings 15:20; 2 Chronicles 16:4). Earlier, the Bible indicates Solomon’s opulent kingdom extended as far north as the Euphrates River, not far from the border of modern-day Turkey.

“Nearly 3,000 years ago, a scribe inked a single Hebrew word on a large jar filled with wine or something else, which had been stored in a building at Abel Beth Maacah, an ancient settlement at the northern tip of today’s Israel.” https://t.co/7WuRFrg9co pic.twitter.com/GMxrrL9aUt

2 Samuel 20 explicitly calls this city Israelite—and more—during the 10th century b.c.e. The chapter details a campaign during the days of King David: Toward the end of his reign, the usurper Sheba attempted to become ruler over the northern tribes of Israel. Joab and his men pursued him all the way up to the northern tip of the country, finding him hiding in Abel Beth Maacah. They proceeded to besiege the city (safeguarding a man guilty of treason would condemn the entire city). In response to this rash action, an unnamed “wise woman” spoke privately with Joab, promising him the head of Sheba and rebuking him for attacking a “city which is a mother in Israel” and the “inheritance of the Lord [Yahweh]” (verse 19).

Abel Beth Maacah, evidently, was an important Israelite city with specific “Yahwehist” connections. As such, finding a Hebrew inscription here with a Yahweh name element dating to this time period makes sense.

Those who follow Israeli-biblical archaeology are well aware of the ongoing dispute about the kingdom of Israel during the 10th century—the days of David and Solomon (and Asa). Was Israel merely a disjointed, pseudo-Canaanite tribal conglomeration at this period, only becoming a kingdom (or two) several centuries later? Or was it more like the Bible describes—a large, united kingdom controlled from Jerusalem all the way to Abel Beth Maacah and beyond, exerting power and influence over surrounding nations?

The evidence emerging for the latter is becoming harder and harder to ignore. Again, a single short inscription on a potsherd is no proof. But it adds to the multiplying number of small finds and even cities (including Jerusalem, Khirbet Qeiyafa, Khirbet a-Ra’i, Tel ‘Eton, Tel et-Tell, Hazor, Megiddo, Gezer) attesting to a strong, centralized 10th-century b.c.e. Israelite kingdom directed from Jerusalem.