Trump Calls for EU Takeover of the Middle East

The United States’ momentary show of force is leading to a full withdrawal from the region.
By Watch Jerusalem Staff • January 14, 2020 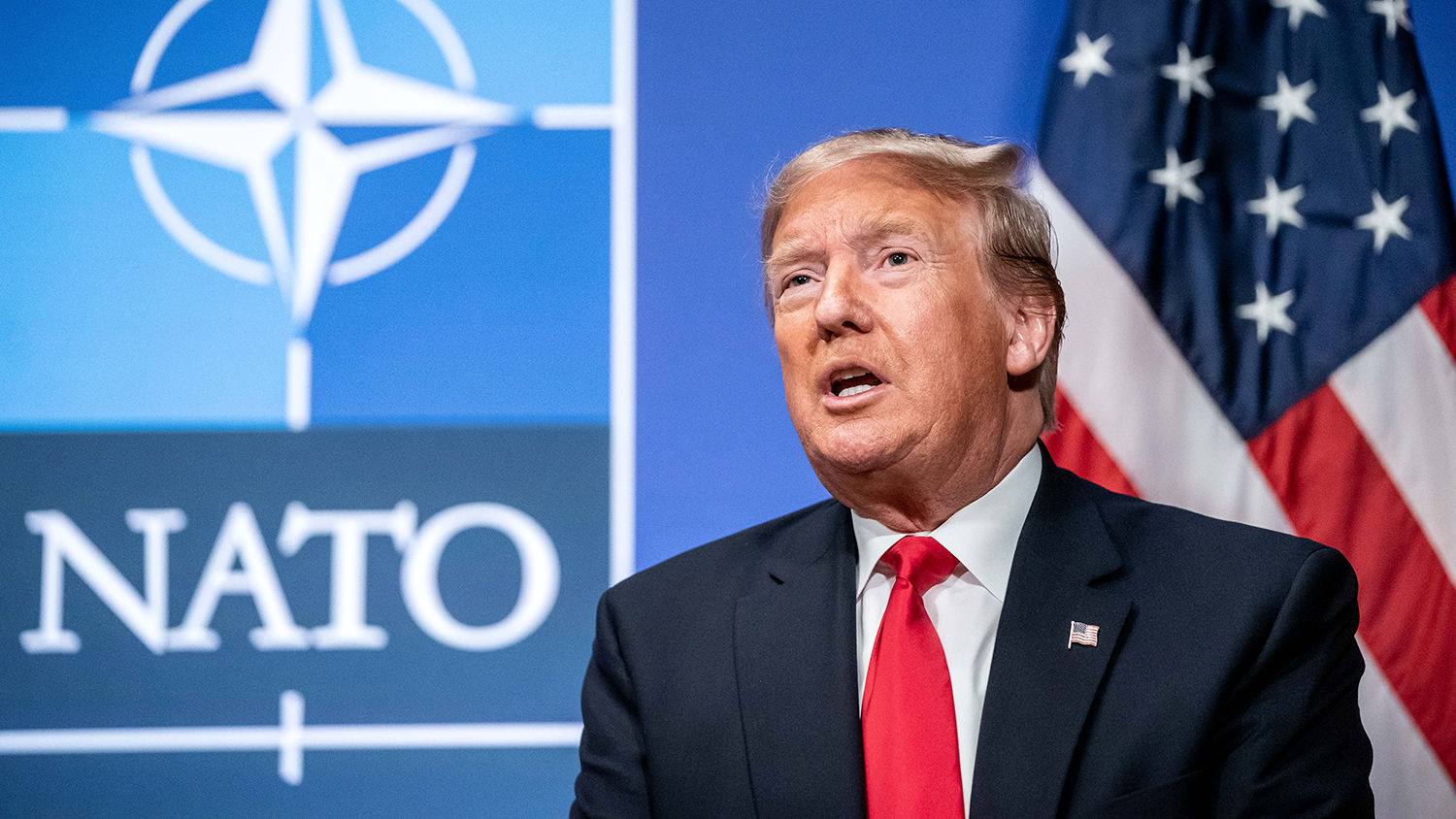 After the U.S. killed Suleimani, President Trump received significant backlash for the decision, including a lot of fearmongering that his decision would lead to an escalation of violence in the Middle East.

“Today I am going to ask NATO to become much more involved in the Middle East process,” said @realDonaldTrump. “The civilized world must send a clear and unified message to the Iranian regime: your campaign of terror, murder, mayhem will not be tolerated any longer.” pic.twitter.com/mVIkF6anhE

But Iran’s retaliation, which consisted of firing over a dozen ballistic missiles at a U.S. base in Iraq, actually represented a deescalation in the situation. As Watch Jerusalem assistant managing editor Brent Nagtegaal wrote in his January 8 article, this was merely a “face-saving” attack. He added:

Contrary to how it will be painted in Iran, the missile strike against America will be seen elsewhere as a fundamentally weak response to the death of its arch-terrorist general. It was not an accident that Iran struck these U.S. bases with so many missiles and without the death of any U.S. servicemen.

As Nagtegaal suggested, because no U.S. servicemen were killed—Trump’s redline—the U.S. will not respond to the attack. However, in the president’s statement following Iran’s retaliation, Mr. Trump did make one significant announcement. He called on nato to take on a bigger role in the Middle East, saying, “The civilized world must send a clear and unified message to the Iranian regime: ‘Your campaign of terror, murder, mayhem will not be tolerated any longer. It will not be allowed to go forward.’ Today, I am going to ask nato to become much more involved in the Middle East process.”

Aside from the U.S., nato is primarily comprised of European nations, so by asking nato to become more involved in the Middle East, he is speaking directly to Europe. As Watch Jerusalem executive editor Stephen Flurry said in his January 9 Trumpet Daily Radio Show, “The stage is being set for the United States to hand over the Middle East to Europe.”

Through this statement, President Trump was also indirectly telling Iran that if the conditions are right, if Iran will stop threatening American interests, then the U.S. will leave the region. This sentiment is backed up by the letter sent to Iraq saying the U.S. would be pulling out its troops from the region. While U.S. officials backpedaled after the letter was released, saying it was a draft and the U.S. is not leaving now, it does reveal where this is all leading. Be assured, the U.S. will leave the Middle East.

And Germany is keen to lead the way in maintaining a military presence in Iraq.

German foreign politicians are pressing for a continuation of the Bundeswehr’s deployment in Iraq, bringing the withdrawal of U.S. troops into play and, at the same time, calling for stronger influential activities by the Western European powers in the Middle East. He can imagine that the United States “withdraws from the region” and, at the same time, “we Europeans are gaining” greater “weight in the region within the framework of a trans-Atlantic burden sharing,” explains the chairman of the cdu–csu parliamentary group for foreign policy, Roderich Kiesewetter.

These statements are extremely important in the light of Bible prophecy. The European Union is preparing to replace the U.S. in the Middle East.

Regarding this verse, Watch Jerusalem editor in chief Gerald Flurry writes in his booklet The King of the South:

The stage is being set for an Islamic group of nations to be led by Iran as the prophesied king of the south, which will push at the king of the north, the European Union. The blatantly bold and aggressive foreign policy of Iran must lead to war. It will either conquer or be conquered. Bible prophecy makes it clear that Iran will be conquered—but not at the hand of America and Britain. …

A new superpower is rising in the European Union. The Bible labels this conglomerate the king of the north. It takes one king to topple another king.

The time when Britain and America were superpowers, or kings, is history!

President Trump is preparing for a U.S. withdrawal from the Middle East and pushing for the rise of the EU. This is leading to the direct fulfillment of this prophecy. A German-led Europe will crush Iran in this “time of the end,” and Germany is preparing for this role right now.

Keep watching as events unfold in the Middle East. While America displayed a show of force by taking out General Suleimani, it is only too eager to exit the region. Meanwhile, Germany is preparing to lead Europe into the emerging power vacuum in the Middle East. Your Bible foretold these exact events.

For more information on how this prophecy will be fulfilled, read Gerald Flurry’s free booklet The King of the South.