Israel adds another layer to its aerial defense shield.
By Warren Reinsch • January 15, 2020 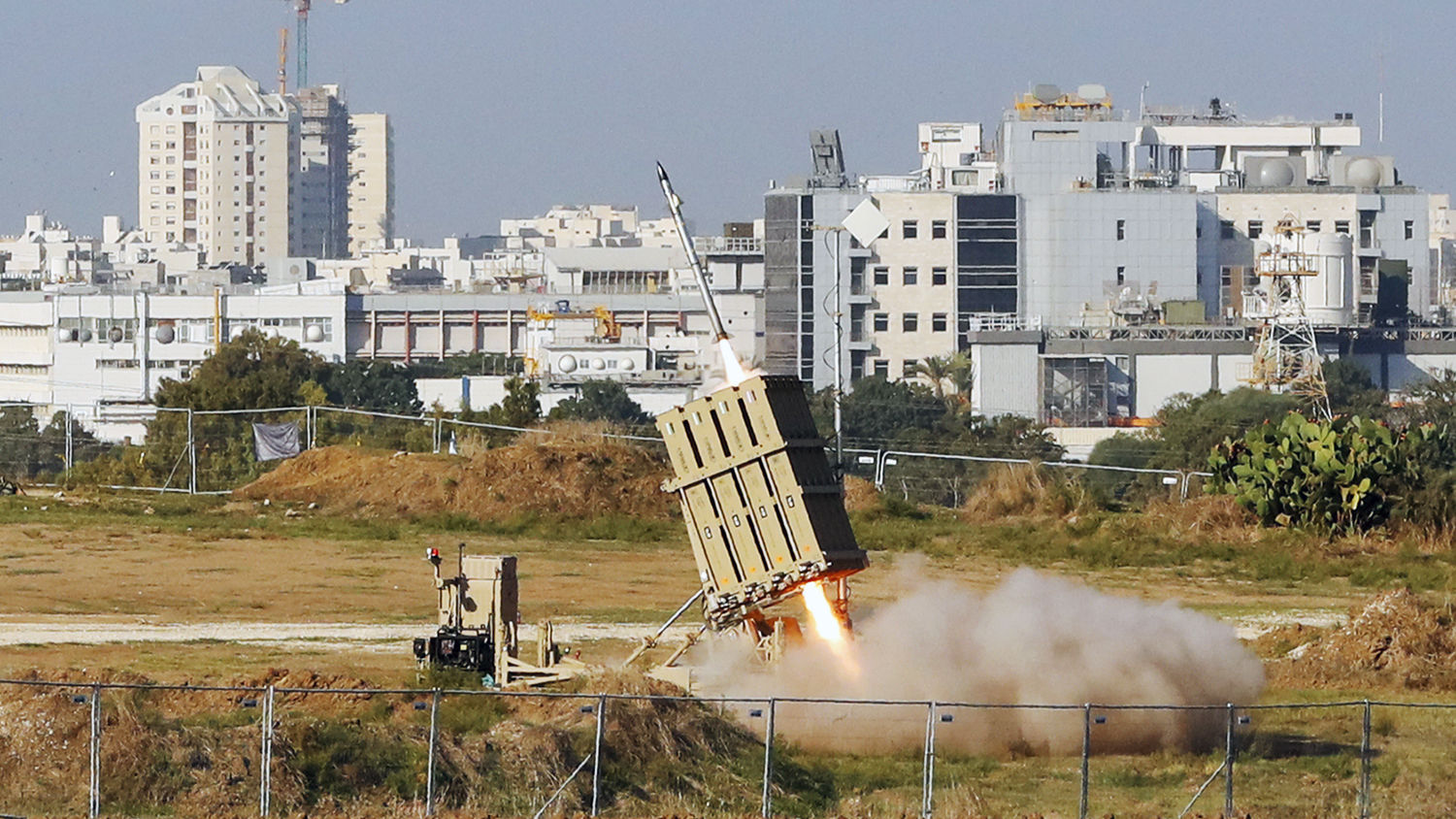 Israel’s Defense Ministry announced on January 8 that it had made a technological breakthrough in the development of lasers that can intercept rockets and anti-tank guided missiles. According to the Jerusalem Post, Brig. Gen. Yaniv Rotem, head of the Defense Ministry’s Research and Development Directorate, called this new technology a “game changer” and “the weapon of the future.”

Israel has been working for more than 10 years on developing laser technology to intercept various threats. Rotem said that over the years, Israel has carried out a number of successful interceptions on a variety of targets, including mortar shells, drones and anti-tank missiles.

Rotem said, “We are entering a new age of energy warfare in the air, on land and at sea. The R&D [research and development] investments made by the DD [Directorate of Defense] R&D in recent years have placed the State of Israel among the leading countries in the field of high-energy laser systems.”

While most efforts in laser technology over the years have been ineffective, collaboration between Israeli defense companies Rafael and Elbit Systems with the Ministry of Defense has led to the recent breakthrough. According to Oster, a complex algorithm combines several laser beams into one strong beam, about the diameter of a coin, that is able to take down a variety of aerial threats.

The new Iron Beam, as it is called, “makes the security apparatus more lethal, more powerful and more advanced,” said Israel’s newly appointed defense minister, Naftali Bennett, on January 8. The Iron Beam is expected to eventually be incorporated on both land and air vehicles to protect troops, in addition to its primary purpose of complementing Israel’s other air defense systems.

Operational from about 7 kilometers, the Iron Beam specializes in targeting objects too small for the Iron Dome to successfully intercept, such as artillery, drones, mortar shells and anti-tank guided missiles. This new system adds a crucial fifth layer to Israel’s air defense shield.

Haaretz wrote that Israel’s advanced Iron Dome antimissile system “can be saturated by the launching of a number of rockets at the same target,” which will enable some rockets to get through.

According to the Israel Defense Forces’ annual report, there were 1,295 documented rocket launches from the Gaza Strip in 2019, the most since the summer of 2014 when 4,500 rockets and mortars were fired at Israel during the Gaza War. Of those rockets fired last year, 729 landed in open areas and 478 were intercepted by the Iron Dome missile defense system. That means 88 rockets made it through the defense system.

While the Iron Dome intercepts save millions of dollars in property damage, each of the 10 Iron Dome batteries currently deployed in Israel cost about $100 million, and each launch of an intercept missile costs at least $50,000. The Los Angeles Times reported, “Israel has coped thanks to the generous financial support of the U.S., which has given Israel over the last decade or so more than $1 billion to cover Iron Dome.”

While the Iron Dome is very consistent, it is also incredibly expensive to operate—a problem the Iron Beam hopes to solve. According to the Defense Ministry, while the new laser has a higher upfront cost, in the hundreds of millions of dollars, since each intercept is only a few cents, the system would eventually become cost effective.

“During a war, missile interceptors will at one point run out, but with this system, as long as you have electricity, you have a never-ending supply,” Rotem said, adding that because it runs on electricity, every interception will only cost a few dollars, as opposed to interceptor missiles that can run into the thousands.

According to Israel’s Defense Ministry, throughout the year the Iron Beam will undergo a series of trials to demonstrate its capabilities. If effective, the system will be immediately deployed to the Gaza border region in southern Israel.

While missile interception technology has made Israel virtually invulnerable to enemy rocket fire, it has also created the nation’s greatest vulnerability.

Israel’s missile systems are incredibly complex. Missile interception requires precise instruments and incredibly precise calculations. Many of these systems rely on computer technology. If those computers stopped working, so would Israel’s missile defense.

Notice a quote from the Intelligence Digest of Cheltenham, England, by Joseph de Courcy: “[E]very computer has a ‘backdoor key’ …. No computer system is totally secure, or anywhere near it. … Computer dependence is the Western world’s Achilles’ heel, and within a few years this weakness could be tested to the full” (March 20, 1992).

Watch Jerusalem editor in chief Gerald Flurry quoted this in his 1999 article titled “America’s Achilles’ Heel.” He said that “we have a very vulnerable point in our military—our own Achilles’ heel. It is so dangerous that I am amazed it hasn’t received more publicity.”

News about Gaza firing hundreds of missiles and most of them being intercepted has become normal. Because of Israel’s advanced missile-interception technology, these few hundred missiles are simply shrugged off. If Gaza would have fired a few hundred rockets at Israel two or three decades ago, there would have been war. But the success of missile interception has dulled the reality of the situation.

What would happen if Israel could no longer intercept incoming rocket fire? All of a sudden, the threat seems much more dangerous. As farfetched as it seems, this is a realistic scenario.

Computer terrorism is on the rise, especially in Iran—a nation devoted to the destruction of the Jewish state of Israel. After the assassination of Quds Force Cmdr. Qassem Suleimani, usa Today called a possible Iranian cyberattack a “real threat.”

At last year’s CyberTech Conference in Tel Aviv, Israeli Prime Minister Benjamin Netanyahu said that despite the nation’s focus on cybersecurity, Israel’s technological systems were “dramatically vulnerable” to cyberattacks. Netanyahu sees this missile defense system as a two-edged sword. He said, “Iran attacks Israel on a daily basis.” And these attacks are only going to increase in severity.

Israel is the dominant military and technologically advanced power in the Middle East. But the Bible reveals this as a weakness.

Jeremiah 17:5 says, “Cursed be the man that trusteth in man, and maketh flesh his arm.” Israel does not trust in God, but in its own military might and technological advancements to defend itself. It trusts in its missile-intercepting abilities, its Iron Dome, or “fenced cities” (Hosea 8:14). That blind trust will cause its downfall.

God warns Israel in Deuteronomy 28: “And he shall besiege thee in all thy gates, until thy high and fenced walls come down, wherein thou trustedst …” (verse 52). Israel will be besieged by its enemies. No manner of technological advancement will be able to protect it. Only God can protect Israel.

God promises that He will once again deliver Israel. Notice Hosea 1:7: “But I will have mercy upon the house of Judah, and will save them by the Lord their God, and will not save them by bow, nor by sword, nor by battle, by horses, nor by horsemen.” This prophecy is for Israel in the end time (Hosea 2:21). God promises to once again save Israel, but not through its own military strength or technological advancements. God said He would take away its military might (Hosea 1:5). The Messiah will come in all power, glory and divine force to establish a new world government (Daniel 2:44-45), to save Israel, and to set up His capital in Jerusalem forever.

For more information about the future of Israel and Jerusalem, request your free copy of Jerusalem in Prophecy, by Gerald Flurry.