Iran to Shift Focus to Africa?

The identity of the new Quds boss could indicate a significant shift in Iran’s terrorist strategy.
By Warren Reinsch 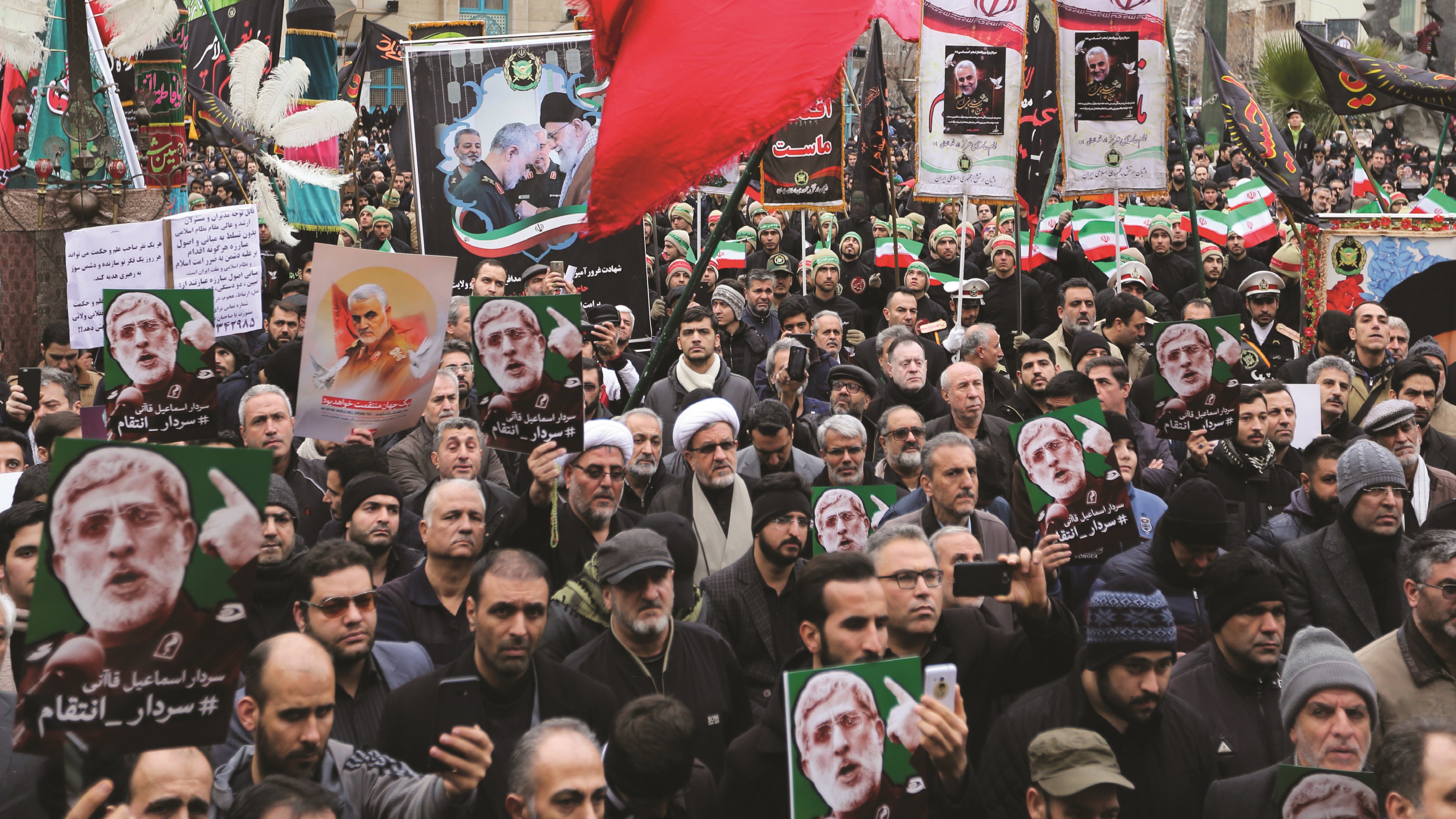 On January 3, just hours after the assassination of Cmdr. Qassem Suleimani, Brig. Gen. Ismail Qaani was installed as the new commander of Iran’s elite Quds Force.

Who is this man, and what does his appointment mean for Iran’s foreign policy?

The 62-year-old Qaani was born in Mashhad, Iran’s second-largest city and an important pilgrimage site for Shiite Muslims. Like Suleimani, Qaani joined the Islamic Revolutionary Guard Corps (irgc) when he was 20 years old. Qaani has referred to himself and Suleimani as “children of war.”

During the Iran-Iraq War (1980–1988), Qaani served in various divisions of the irgc. In December 1982, he was appointed commander of the newly established Fifth Nasr Division, and later of the 21st Imam Reza Division. As Qaani’s star rose, he developed close relations with Iranian Supreme Leader Ayatollah Ali Khamenei.

Much of Qaani’s role revolved around overseeing the distribution of funds and military shipments to Iran’s proxies across the region. While the charismatic and Arabic-speaking Suleimani focused on expanding Iranian influence in Syria and Lebanon, Qaani focused on doing the same in Afghanistan and
across Africa.

Qaani traveled to Africa regularly, often with top Iranian politicians, including a November 2009 trip with then President Mahmoud Ahmadinejad. According to the Jerusalem Post, Qaani “was responsible throughout the years for the distribution of funds to proxy groups such as Hezbollah and other terrorists
in Africa” (January 6).

A March 2012 U.S. Treasury Department statement said that Qaani oversaw the “financial disbursements to [Quds Force] elements, including elements in Africa.” The Treasury Department held Qaani responsible for a 2010 weapons shipment—which included grenades, rockets, mortars and ammunition—bound for Gambia but intercepted in nearby Nigeria.

According to a 2012 biography by the American Enterprise Institute for Public Policy Research, Qaani considered the Arab Spring “as continuity of ‘the path of Iran’s Islamic revolution.’” The Arab Spring took root throughout North Africa, causing thousands of anti-government protests to erupt across the continent, toppling regimes in Algeria, Egypt, Libya, Tunisia and Yemen.

Qaani saw the Arab Spring as an important opportunity for Iran in Africa. “[B]ased on this information … while Suleimani attends to the security concerns in western Iran, such as developments in Iraq, Syria and Lebanon,” the 2012 biography concluded, “Qaani may oversee the [Quds Force] activities in … more distant countries in Africa.”

Qaani’s long history directing Iran’s interests in Africa may suggest a shift in Tehran’s future strategic emphasis. In a January interview translated by Iran analyst Will Fulton, Brig. Gen. 2nd Class Rasoul Sanaei Rad discussed Qaani’s selection and what it could portend. The general noted Qaani’s “close relations” with resistance groups in Africa. Fulton concluded, “More importantly, the elements of Qaani’s career that the irgc and Office of the Supreme Leader choose to highlight (e.g. ties in Africa) are indicators of what might be expected from Qaani’s leadership.”

The day after Suleimani’s assassination and Qaani’s appointment, Islamist militants from the al-Shabaab terrorist group conducted their first attack against a U.S. base in Kenya, resulting in the deaths of three Americans. The attack was hastily organized and poorly executed, and was retribution for Suleimani’s death.

The al-Shabaab militants are believed to have received training from Iran in Afghanistan; training likely coordinated by Qaani in his former role.

This potential shift in focus to Africa is significant not only strategically, but also prophetically.

This prophecy in Daniel 11 indicates that Iran and its radical Islamist allies will “push” at Germany and Europe and provoke full-scale war. Verses 42-43 show that when Europe finally confronts Iran, it will war with the king of the south in Egypt, Libya and Ethiopia. Why these nations? Because Iran will have a strong presence there, and perhaps other North African nations.

The reference to these North African nations in this prophecy, as Mr. Flurry has explained, reveals that Iran has a “Red Sea strategy.” The Red Sea is one of the world’s most important trade routes. Billions of dollars’ worth of oil and goods travel through it every year. Tehran knows this; and it knows that it will gain enormous leverage over America and the West if it can control this vital trade artery.

“All you need to do is get a good map of the Middle East, with the emphasis on the Mediterranean Sea and the Red Sea,” Mr. Flurry wrote. “Then you can see why the king of the south, or radical Islam, is so interested in an alliance with or control over [Libya and Ethiopia] (as well as Egypt and Tunisia). They are on the two seas that comprise the most important trade route in the world!”

Iran already has extensive influence in North Africa. It has a firmly established position in Yemen via its Houthi proxy. Iran-backed radical Islamist groups now run rampant in Libya. The Muslim Brotherhood is strong in Egypt. Tehran’s tentacles stretch as far south as Kenya.