Where will Turkey turn for help?
By Warren Reinsch • February 18, 2020 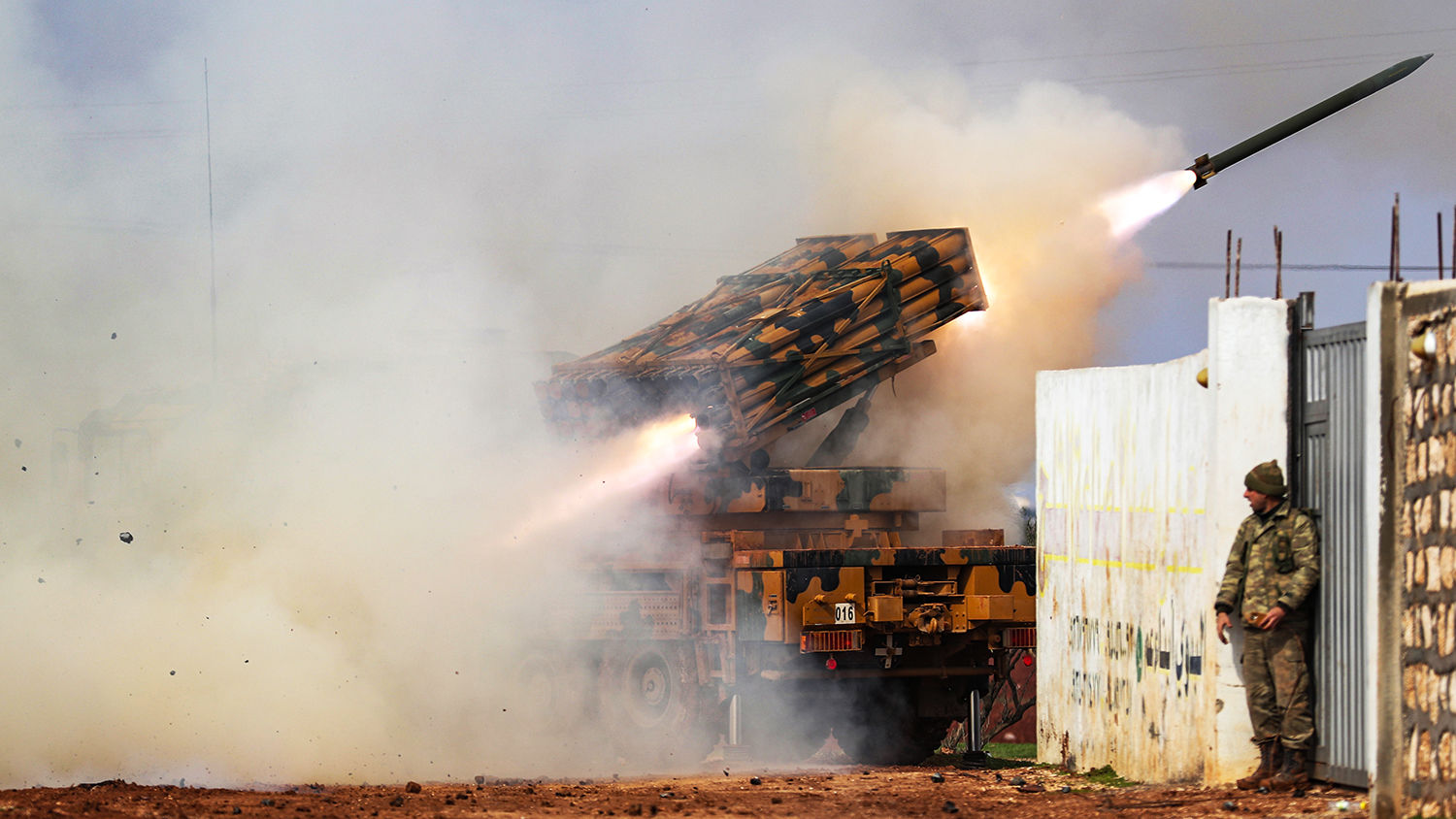 The Syrian crisis intensified over the last two weeks when Syria and Turkey traded blows in northwestern Syria. The back-and-forth bombardments cost troops on both sides. As Russia continues to support Syria in the conflict, the question arises: Where will Turkey turn for help?

Shelling by the Syrian Army against the northwestern Idlib province this month killed 13 Turkish military personnel, according to several sources. On February 10, Turkey retaliated by firing on 115 Syrian government targets, destroying 101 of them, including three tanks, two mortar positions and one helicopter, according to Turkey’s Ministry of Defense. The Turkish retaliation killed at least 51 Syrian soldiers.

“The incidents are among the most serious confrontations between Turkish and Syrian troops in nearly nine years of conflict in Syria,” Reuters reported. “Turkey has said it will drive back Syrian forces if they do not pull back by the end of this month.”

After the escalation, Turkey deployed an additional 5,000 troops, hundreds of tanks and armored personnel carriers, and radar equipment over the border to bolster its forces.

What is happening in Syria’s Idlib? pic.twitter.com/6HxvjDEl8d

In a speech in Ankara on February 11, Turkish President Recep Tayyip Erdoğan warned, “The more they attack our soldiers, the heavier price they will pay,” claiming Turkey gave the “necessary responses” to the Syrian attack.

Though this is Syrian territory, Turkey is getting involved to protect its southern border and stop the influx of Syrian refugees.

With backing from Russian air strikes, Syrian artillery has flattened several towns and cities in Idlib over the last few weeks, killing hundreds of civilians and forcing about 850,000 more to flee their homes to seek refuge; many have attempted to start a new life in Turkey and even Europe.

Turkey cannot absorb any more migrants, and neither can Europe.

Russia and Turkey have maintained close diplomatic relations throughout the years. The two nations share many economic and military deals and have met several times attempting to resolve the Syrian crisis. Despite this alliance, Russia continues to support Syrian President Bashar Assad.

Relations with the United States have been especially strained since the killing of journalist Jamal Khashoggi and Turkey’s decision to purchase the S-400 air defense system from Russia in spite of pressure from the U.S. not to.

As a result, it is logical that the next place Turkey will turn for help will be from its neighboring continent with whom it shares the migrant burden from the Syrian crisis: Europe.

Turkey’s shift away from the U.S. toward Europe is a trend Watch Jerusalem has followed for years. In September 2012, Watch Jerusalem editor in chief Gerald Flurry wrote “How the Syrian Crisis Will End.” When he wrote the article, more than 10,000 people had been killed. The current death toll from the Syrian crisis now stands at about half a million.

“Keep your eye on Germany,” Mr. Flurry admonished readers in 2012. “Turkey has also been allied with Iran, but it too is going to side with Germany in the future! Why? Because it disagrees with what Iran is doing in Syria! While Iran supports the Assad regime, Turkey supports the rebels.”

The migrant crisis has brought Turkey and Germany closer together. Though the relationship is still strained at times, Turkey is one of Germany’s chief destinations for military hardware. Turkey operates about 750 German main battle tanks. These Turkish-owned Leopard ii tanks rolled into Syria in two offensives last year in January and October.

Because “Turkey and Germany share a common goal in Syria,” as Watch Jerusalem contributor Josué Michels wrote, these two nations will soon unite, just as the Bible prophesies.

Psalm 83 contains a prophecy about a group of Middle Eastern nations aligning themselves with Germany. Verse 6 says that the “tabernacles of Edom” and the “Hagarenes” will be included in this alliance.

In Bible prophecy, the Hagarenes refer to the modern-day nation of Syria. The Hagarenes were a semi-nomadic people who lived in the desert region between the lands of Gilead, Bashan and the Euphrates River, an area known today as Syria. They are mentioned as living in the same region from the 12th century b.c.e. during the time of King Saul (1 Chronicles 5:9-10) to 703 b.c.e., when they were referenced in Assyrian King Tiglath-Pileser iii’s Summary Inscription.

In “Is Turkey in the Bible?” Watch Jerusalem writer David Vejil explained that Turkey is actually the modern descendant of Edom, as mentioned into Psalm 83:6. He wrote, “The key to their identity and their origins lies in their name, Ottoman. This name actually appears in biblical prophecy. … This name is Teman—grandson of Esau … also named Edom (Genesis 25:30).” Anciently, the Edomites lived near Mt. Seir, as recorded in Genesis 26, but they eventually migrated to Central Asia where they gained independence from the Persians under Tur where they became known as the Turks. In the seventh century, many, but not all, of the Turks migrated into Asia Minor and established the Ottoman Empire.

Psalm 83 says that Turkey and Syria will dramatically shift away from Iran and into an alliance with Germany. The U.S. has already largely withdrawn from northern Syria, only keeping a small number of troops at the Al-Tanf military base as a counterterrorism force and to protect local oil fields; however, on January 8, U.S. President Donald Trump asked nato to become more involved in the Middle East, with the ultimate goal of the U.S. being less involved.

Since then, Germany has become considerably more active in the region. The start of 2020 has seen a sharp rise in German activity in the Middle East, from supporting an anti-Iranian naval mission to training Saudi military forces to hosting a diplomatic conference to resolve the Libyan civil war.

America is on the way out and a German superpower is emerging in its place. Watch for this dramatic change in the Middle East.

For more information, read “How the Syrian Crisis Will End,” by Gerald Flurry.