A reanalysis of two bullae calls into question the dismissal that they are forgeries.
By Christopher Eames • February 26, 2020 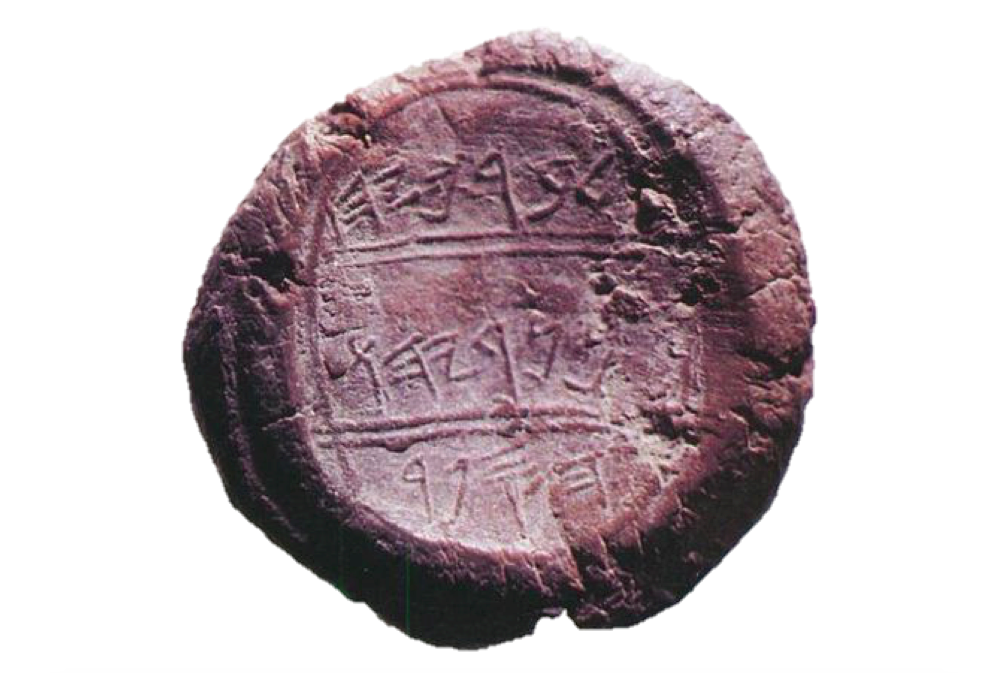 “Belonging to Berechiahu, son of Neriahu, the Scribe”
The Israel Museum

During the 1970s, two bullae (clay seal stamps) turned up on the antiquities market. These items had an identical impression, made by the same seal stamp. They read: “Belonging to Berechiahu, son of Neriahu, the Scribe.” Or in its simplified biblical name form: Baruch, son of Neriah. Notice Jeremiah 36:32:

Then took Jeremiah another roll, and gave it to Baruch the scribe, the son of Neriah; who wrote therein from the mouth of Jeremiah ….

The bullae, owned and displayed by the Israel Museum and famous collector Shlomo Moussaieff, represented exciting inscriptional proof for the famous biblical prophet’s right-hand man, through whom the book of Jeremiah was written.

Or did it? There was one, rather big, problem: how they were acquired.

The “antiquities market” is a place where artifacts of unknown provenance are bought and sold. A superb amount of beautiful inscriptions, coins, stamps, etc have been acquired in this manner. The problem is, without them having been unearthed and documented in scientific excavation, it can be particularly tricky to determine legitimate artifacts from forged ones. These are items that have been pulled from the ground, metal-detected, stolen from dig sites, etc.—legitimate artifacts—or else they are carefully crafted forgeries. As such, with many of these items, there is a degree of doubt that hangs over them. Still, some of the world’s most fabulous, proved-genuine artifacts have come from the antiquities market (such as Sennacherib’s prisms).

The Baruch bullae represent just two of many hundreds of bullae sold on the antiquities market. For example, a number of bullae belonging to King Hezekiah were found on the antiquities market, but because of their unknown provenance, their authenticity could only be classed as “likely.” That is, until the discovery of an identical bulla belonging to the king during Dr. Eilat Mazar’s 2009–10 Ophel excavation, which proved them to be genuine.

The Baruch bullae, however, have not been so fortunate. These items were concluded to be modern forgeries, based on a series of analyses and subsequent papers over the course of the last two decades. Chief evidence provided was the following (particularly addressed in the 2014 article “The Authenticity of the Bullae of Berekhyahu Son of Neriyahu the Scribe,” by Prof. Yuval Goren and Dr. Eran Arie, and the 2016 article “The Bullae of Baruch ben Neriah the Scribe and the Seal of Ma’adanah Daughter of the King: Epigraphic Forgeries of the 20th Century,” by Prof. Christopher Rollston):

The evidence was condemning, and the Baruch bullae were classified as “forgeries.”

But that has not been the end of the matter. In 2016, an academic response to the claims of Goren, Arie and Rollston was published by Dr. Pieter Gert van der Veen, Dr. Gabriel Barkay and Robert Deustch, in an article titled “Reconsidering the Authenticity of the Berekhyahu Bullae: A Rejoinder.” Deutsch, Barkay and Gert van der Veen do not claim that their reappraisal confirms the authenticity of the Baruch bullae, but what they do show is that none of the earlier research disproves it—quite to the contrary.

The following is a summary of their conclusions—numbered below, corresponding to the above-numbered allegations.

With their article, Barkay, Deutsch and Gert van der Veen dismiss the evidence held up as “proof” that the Baruch bullae are forgeries. Of course, the two bullae remain unprovenanced and are at present virtually impossible to prove 100 percent (without the excavation of a parallel example). But the authors do point out the odds of the bullae being forged, particularly considering the exact ancient parallels of binding and pressing on wooden tablets: “The Berekhyahu Bullae seem to comply with this evidence so well that its very recognition by a potential forger would have demanded in-depth knowledge of fixation methods to wooden writing boards, information that only became more readily available after 1992”—decades after the bullae were purchased.

The present evidence does not incriminate the Baruch bullae. In fact, the extant information goes toward the support of their legitimacy. Of course, the reader can make up his or her own mind.

But again, such is the frustrating problem with the antiquities market: A fascinating trove of many (if not mostly?) legitimate items—but because they are taken out of any original context, there remains a lingering element of doubt. Still, that doubt can be challenged by how well the bullae fit proven parameters—and especially if those parameters were not scientifically known at the time the bullae came to light.

Thus, taking into account the above considerations: Alongside the genuine, provenanced bullae of Jeremiah’s contemporaries Gedaliah son of Pashur (Jeremiah 38:1), Jehucal son of Shelemiah (Jeremiah 37:3), and Gemariah son of Shaphan (Jeremiah 36:10), do we now have evidence of the prophet’s most famous right-hand man, Baruch, son of Neriah, the Scribe?