Everything that could go wrong is going wrong for the Iranian regime.
By Brent Nagtegaal • February 25 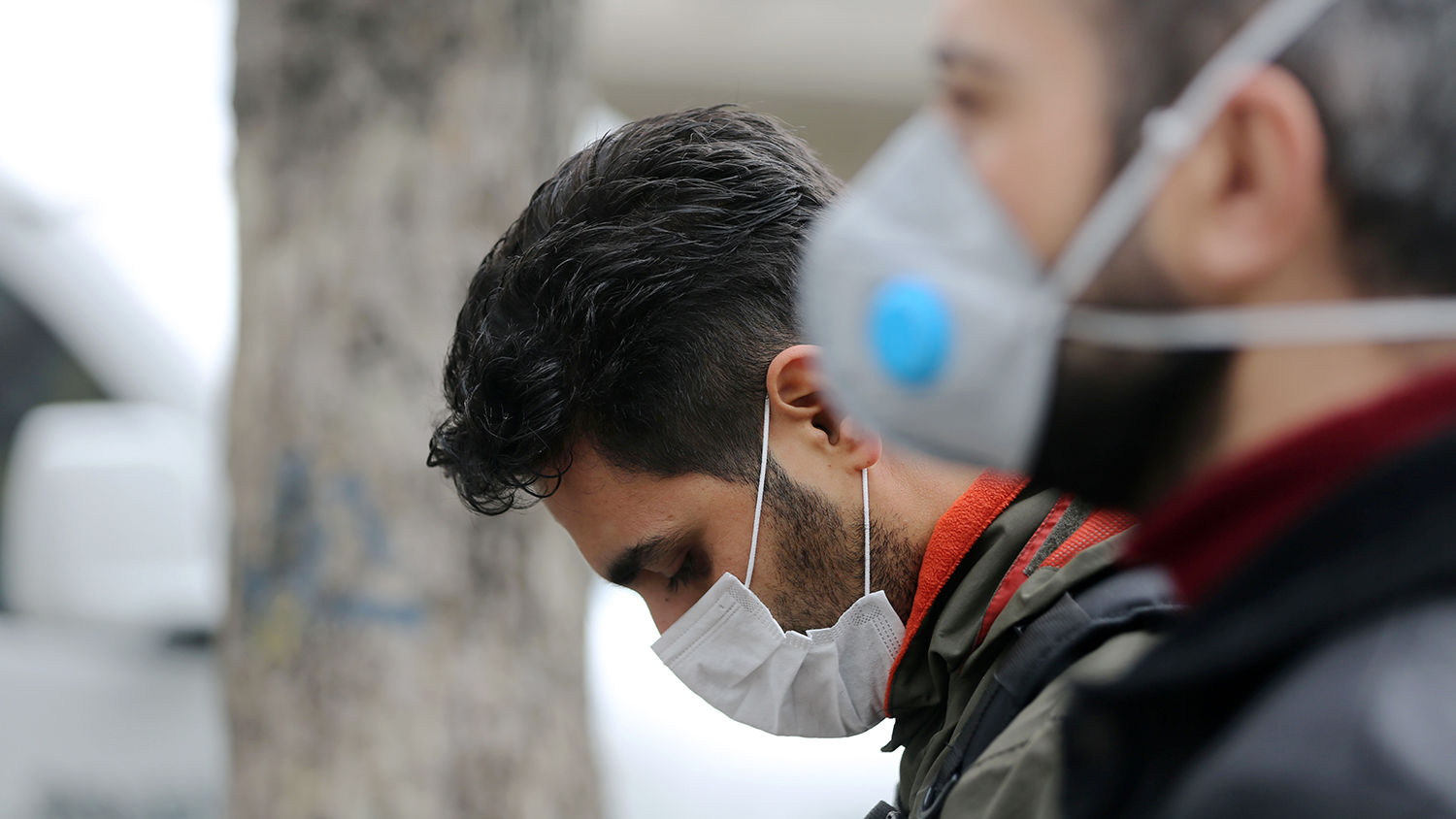 People wear masks in Tehran, Iran, on February 21, after deaths and new cases of the coronavirus are confirmed.
FATEMEH BAHRAMI/ANADOLU AGENCY VIA GETTY IMAGES

jerusalem
Iran has eclipsed South Korea to record the highest tally of deaths, outside of China, from the rapidly spreading coronavirus. Three more people died in Iran on Tuesday, bringing the number to 16 deaths, with another 95 people infected.

But that is just the official tally. The real figure of those infected is likely far higher.

One Iranian lawmaker from the city of Qom, the epicenter for the Iranian outbreak, said on Monday that already 50 people had been killed from the infection in that city alone, although state-run media has since worked to silence the claim.

Nevertheless, Iran’s neighbors are not taking any risks. Turkey announced over the weekend that it suspected Iran had at least 750 cases of the coronavirus as of Friday. Indeed, if the ratio of infections to deaths is similar to other locations, Turkey’s figure might actually be on the low end of what’s taking place in Iran.

Turkey made the announcement as it closed its borders to transit from Iran in order to protect its citizens. Other nations in the Middle East have since followed suit. Iraq, Armenia, Pakistan, Kuwait and Afghanistan have all shuttered their borders to Iran or instituted stringent border checks.

Internally, Iran is attempting to slow the spread by closing schools, universities and other gathering places in almost half the country. Many sporting activities have been canceled, and those that haven’t are being played without spectators.

But for many Iranians, the regime’s deliberately delayed response to the deadly virus comes far too late.

The first reported death from coronavirus came last Wednesday. However, instead of introducing the rigorous quarantine and containment measures that other nations have done, Iran downplayed the significance of the outbreak and enacted a media blackout on information about the spread of the virus until after the much-anticipated parliamentary elections took place on Friday.

Supreme Leader Ayatollah Ali Khamenei expressed hope for a “massive participation” in the election to show solidarity with the direction of the regime.

So, instead of doing what any normal country would do—canceling the elections, alerting the public to the dangers associated with the outbreak, and the need to avoid large public gatherings—Iran muzzled the media and went ahead with its regime-endorsing vote.

The turnout for the vote was the lowest in the country’s modern history.

According to Interior Minister Abdolreza Ramani Fazli, only 43 percent of Iran’s 50 million eligible voters came out, 30 percent lower than a vote in 2017.

In hindsight, the dismal election turnout might actually be a good thing for the regime, as it now directs its attention to containing the outbreak. The low numbers mean that only 21 million Iranians were mixing together on election day rather than the 40 million people who came out in 2017.

It is still completely unclear how vast the coronavirus has already spread through Iran.

With the election over, Iran has opened its borders to teams of scientists and experts to help contain the virus. But it’s hard to see a result where things don’t get a lot worse for Iran before they start getting better.

But that seems to be the year Iran is having.

The dismal showing at the ballot box in a rigged election and the forthcoming spread of coronavirus are only the latest massive setbacks for the Iranian regime.

On January 3, the United States assassinated Iran’s terrorist mastermind Qassem Suleimani, as well as his chief deputy in Iraq. Massive protests in Iraq and Lebanon continue to destabilize Iran’s hold on those nations. Iran-backed forces have killed almost 600 Iraqis to maintain its control over the nation.

In November, Iran had to turn its guns on its own population to put down massive internal protests over an increase in fuel taxes. In that instance, Iranians were outraged that the government would increase taxes on the citizens, while Iran reported increases in spending to the Islamic Revolutionary Guard Corps. In those protests, 1,500 Iranians were killed by the regime in order to slow down a revolution.

Then came Iran’s failed attack on U.S. bases in Iraq in late January. The missile strike was meant to be retribution for Suleimani’s death but failed to kill a single American.

Then, in the process of that same missile strike, Iran accidentally shot down a commercial Ukrainian airliner as it took off from the airport in Tehran. In typical regime fashion, Iran failed to accept any blame for the disaster, which killed over 100 people. Later, Iran was forced to admit its culpability when video evidence of the downing became overwhelming.

Add to those failings the continued strain on the Iranian economy brought on by American-led financial sanctions, and the regime probably could not have imagined a worse possible start to the year.

“For Khamenei,” wrote Bobby Ghosh for Bloomberg on February 24, “the only silver lining here is that Iranians too frightened to leave home for fear of the virus are unlikely, at least for now, to resume the anti-regime street protests.”

No doubt, public discontent is building in Iran against the regime. Plenty of brave Iranians are taking to social media to voice their outrage. And Iran’s continued course supporting international terrorism is further weakening and isolating the regime, cutting it off from world trade.

By any metrics, the Iranian regime looks to be on the downward spiral toward total failure and perhaps revolution.

It is astounding then, given all Iran’s present woes, that we at Watch Jerusalem consistently forecast Iran’s rise to dominate the Middle East.

We hold true to that forecast because it is not based on the consistently shifting sands of Middle East geopolitics. It’s not based on economic performance, nor on the rise and fall of U.S. involvement in the Middle East.

Rather, our forecasts are based on the bedrock of biblical prophecy.

At times like this, when it looks like the Iranian regime is under serious threat, or may even falter, it is good to remember what the Bible says of Iran’s future. Based on Bible prophecies, we actually forecast that Iran will grow strong enough to make a military push that will be felt in places far from the region.

The coronavirus, mass protests, economic sanctions and international isolation will not bring the Iranian regime down. Indeed, the lengths to which Iran went to keep the knowledge of the spread of coronavirus from its own people shows how committed the regime is to its grand scheme.

Iran may be temporarily restrained through current circumstances, but the Bible indicates that only superior force will remove the regime from power. Please read Watch Jerusalem editor in chief Gerald Flurry’s free booklet The King of the South for a detailed explanation of our Bible-based forecast.