The Amariah Bulla: Evidence for the Prophet Zephaniah’s Ancestry? 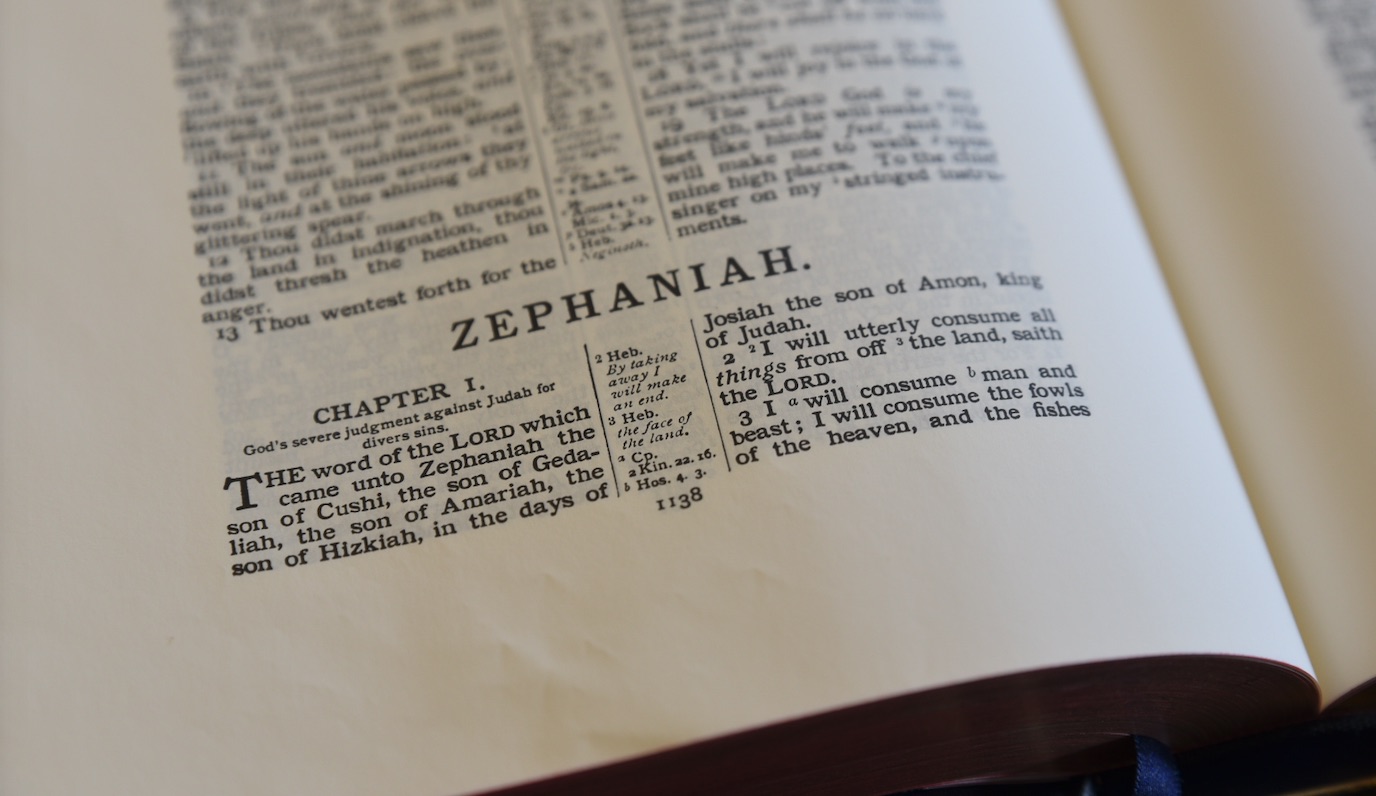 The book of Zephaniah

A bulla from a private collection in Germany could bear the inscription of an ancestor of the biblical prophet Zephaniah. The tiny, partially damaged Hebrew clay seal impression reads:

[Belonging to] Amaryahu, Son of the King.

In the article “The Bulla of ‘Amaryahu Son of the King, the Ancestor of the Prophet Zephaniah?” Dr. Pieter Gert van der Veen and Robert Deutsch describe the features and inscription of the damaged seal. The central inscription is framed by a decorative border of pomegranates, a common biblical religious motif used in the temple and on priestly garments. According to van der Veen and Deutsch, the quality of the fine script and decoration on the seal indicates that the engraver was a highly skilled craftsman.

Because the bulla did not come to light through scientific excavations, its age cannot be absolutely determined. However, the script used is attributed to circa 700 b.c.e. This dating would suggest that Amariah “son of the king” may well have been the son of King Hezekiah, who reigned from 724 b.c.e. to 695 b.c.e. Further evidence for the identification of this king are two other bullae bearing an identical pomegranate design, both belonging to a “servant of Hezekiah.” The two bullae would almost certainly have been made by the same craftsman. This would give us “Amariah, son of Hezekiah.”

And a particular biblical genealogy mentions just such an individual.

The Prophet Zephaniah’s written lineage is longer than any other of the books of the prophets. Zephaniah 1:1 reads: “The word of the Lord which came unto Zephaniah the son of Cushi, the son of Gedaliah, the son of Amariah, the son of Hezekiah, in the days of Josiah the son of Amon, king of Judah.” Introductions for the other prophets have either no ancestry or at most two generations. The fact that Zephaniah listed four means that his great-great-grandfather, Hezekiah, must have been a significant figure—surely none other than King Hezekiah himself.

And the biblical chronology for this is a match. Zephaniah’s prophecies were likely proclaimed circa 625 b.c.e.—just before King Josiah’s reforms and the fall of Nineveh (i.e. Zephaniah 2:13). Four generations back would comfortably place Zephaniah’s great-great-grandfather at the same time period as King Hezekiah (late eighth century b.c.e.). Zephaniah likely listed King Hezekiah as his ancestor in order to add weight to his prophetic message, delivered during the days of another descendant of Hezekiah, King Josiah.

Zephaniah’s great-grandfather, then, was Amariah, son of Hezekiah. While it cannot yet be proved absolutely, evidence is strong that the “Amariah, Son of the King” bulla belonged to one and the same individual: a royal ancestor of the Prophet Zephaniah.