‘House of Bullae’ and the Book of Jeremiah

A treasure trove of names of the prophet’s contemporaries
By Christopher Eames • March 14, 2020 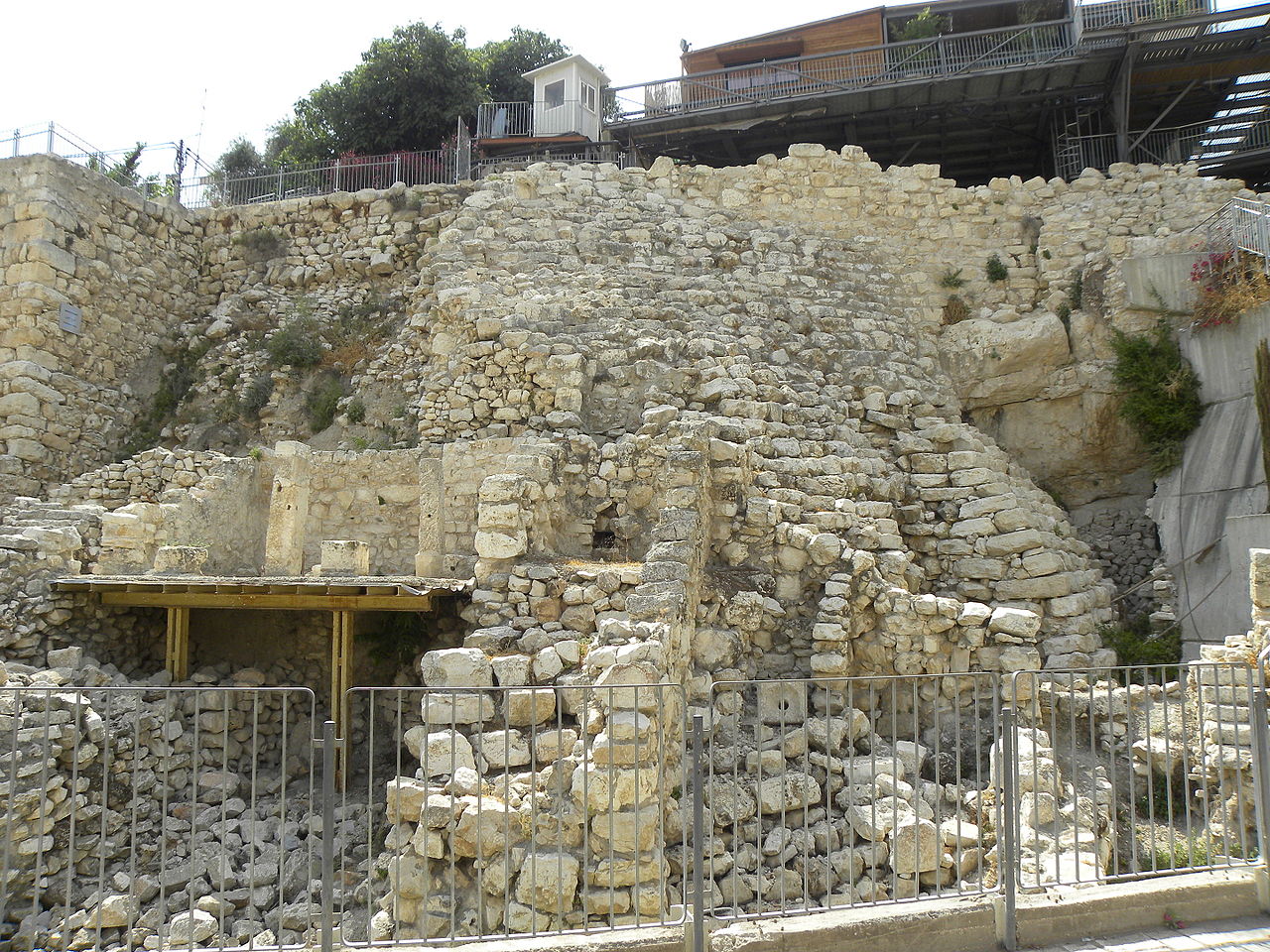 Archaeological excavations have uncovered seals and inscriptions corroborating a large number of personalities from the book of Jeremiah who lived contemporaneously with the prophet: King Jeconiah; King Nebuchadnezzar; King Evil-Merodach; Pharaoh Hophra; King Cyrus; the scribe Shaphan; the official Gemariah; the Jewish princes Jehucal, Gedaliah, Shelemiah and Pashur; the Babylonian officers Nebo-sarsechim, Nergal-sharezer and Nebuzaradan. There is even near-certain evidence of Jeremiah’s right-hand man: the scribe Baruch and his father, Neriah.

Nearly half of these individuals have been proved through the discovery of individual bullae—small clay seals for official documents, stamped with the personal names of government officials. We have highlighted a number of these individual finds on this website—particularly the bullae of Hezekiah, Isaiah, Jehucal and Gedaliah, discovered in the City of David by Dr. Eilat Mazar.

On rare occasions though, archaeologists stumble upon a gigantic hoard of such bullae. Such was the case in Prof. Yigal Shiloh’s 1982 City of David excavations, where a total of 51 bullae were discovered in what became known as the “House of Bullae.” Several of these bullae—and the house itself—have an interesting connection with the book of Jeremiah.

The “House of Bullae” was built against the City of David’s famous Stepped Stone Structure. The structure dates to the 10th century b.c.e., and is the largest Iron Age structure uncovered in all Israel. Dr. Mazar’s 2005–06 excavations demonstrated that it was a massive supporting structure for a major palatial building discovered above—a building matching the biblical description of King David’s palace. The lower House of Bullae and related structures (House of Ahiel and Burnt Room), however, were a much later addition, built on the Stepped Stone Structure during the seventh to sixth centuries b.c.e.

The large concentration of bullae was found by Shiloh’s team against a wall adjacent to the building alley (above), together with a pile of pottery vessels and small items—evidently, abandoned in their location as a result of the sixth-century Babylonian siege. Of the 51 bullae discovered, 49 are intact, and 41 are easily legible. These bullae belong to the same general time period—end of the seventh century/start of the sixth—thus belonging to individuals alive just before the destruction of Jerusalem.

The most famous of these bullae has the inscription “Belonging to Gemariah, son of Shaphan.” Gemariah (and his scribe father) is mentioned in Jeremiah 36 as having heard and taken the prophetic message of Jeremiah to King Jehoiakim. Verses 11-12:

It is interesting that this passage describes Michaiah going down to the scribe’s chamber in the king’s palace—it seems likely that this is the same complex including the House of Bullae—a chamber full of scribal material located just down the Stepped Stone Structure from the “palace” (also translated “king’s house”) above. The Bible states that after King David’s death, a new palace was built further north in the city (1 Kings 7); still, David’s palace atop the Stepped Stone Structure continued to function as a royal building (Nehemiah 12:37). And Jeremiah 36 actually talks about King Jehoiakim sitting in his winter house at the time the scribes gave him the scroll of Jeremiah: Perhaps David’s palace served as a winter abode, especially given its unusually thick walls (up to 6 meters wide).

Besides the scribal building, a number of personalities stand out in verse 12—and are of special mention, in relation to the House of Bullae hoard.

Together with the confirmed individuals Gemariah and Shaphan, other bullae among the collection parallel names of four others mentioned in this passage of scripture. The bullae are as follows:

The trove attests to one Delaiah, one Hananiah, at least two different Elishamas, and at least three different Shemaiahs. Unfortunately, unlike the Gemariah son of Shaphan seal, it is impossible to say conclusively if the four biblical figures are identical with any of these namesakes—there is not sufficient information to prove whether or not they are synonymous. However, it is likely that they are. The information that we do have matches closely: a bullae collection discovered in what was evidently some kind of royal scribal building, dating to just before Jerusalem’s fall; six names on the bullae—Gemariah, Shaphan, Delaiah, Hananiah, Elishama and Shemaiah—matching with six names found together in a single verse (Jeremiah 36:12), describing a “scribal” gathering near the king’s house, just prior to the fall of Jerusalem. Odds are good that these bullae names—Delaiah, Hananiah, one of the Elishamas and one of the Shemaiahs—do represent the biblical individuals.

And the same could be said for several other characters found in the House of Bullae. These are not mentioned in the same passage of scripture, but are mentioned elsewhere in the Bible as being on the scene at the same time period, living contemporaneously with Jeremiah. These bullae read as follows:

Again, impossible to prove—but still a good chance that at least some refer to their biblical counterparts, based on name, dating and find spot.

Beyond that, even the names alone are gold: They prove that these biblical names were in use during this specific period. This is important (especially so with early Iron Age names), as many scholars believe the Scriptures to have been drawn from the imagination of much later, fraudulent writers. Names anciently, as they do today, fell in and out of use, and can be a good indicator for historical accuracy. And archaeology has proved biblical names remarkably accurate for the specific periods to which they are ascribed (see our article “Biblical Names Confirmed Through Archaeology” for more detail).

And besides the “Gemariah, son of Shaphan” bulla, another find from the House of Bullae hoard can be securely linked to two more biblical individuals. This bulla reads: “Belonging to Azariah, son of Hilkiah.” This father-son pair is mentioned in 1 Chronicles 6:13, 9:11 and Ezra 7:1. This Hilkiah was the famous high priest who served under King Josiah (e.g. 2 Kings 22) during Jeremiah’s early years. The “Azariah, son of Hilkiah” bulla is thus far the only excavated Hebrew inscription to reference a high priest of the first temple period (see here for more information).

Since the House of Bullae discovery, further important bullae discoveries have been made in the same general area, dating to the same time period. In 2005, Dr. Eilat Mazar discovered a bulla with the inscription “Belonging to Jehucal, son of Shelemiah, son of Shovi”; and in 2007, a bulla with the inscription “Belonging to Gedaliah, son of Pashur.” These discoveries confirm the existence of two princes and their fathers mentioned in Jeremiah 38:1 (see also Jeremiah 37:3). These princes attempted to have the Prophet Jeremiah put to death for his warning message of coming calamity and futile resistance against the Babylonians. The bullae of Jehucal and Gedaliah were found slightly higher up and above the Stepped Stone Structure, not far from the House of Bullae.

And just over the other side of the City of David ridge, west of the structure, excavations at the Givati parking lot last year revealed another bulla—“Belonging to Nathan-Melech, servant of the king”—confirming another biblical servant linked to King Josiah (2 Kings 23:11). Alongside this, the Givati excavators discovered a seal with the inscription “Belonging to Ikar, son of Mattaniah.” Mattaniah was the original name of Judah’s final king, before it was changed to Zedekiah (2 Kings 24:17). This particular seal is another case of uncertain, but possible, corroboration with the biblical individual.

Combining the names with the excavated ruins, we have an emerging picture of the throbbing heart of ancient Jerusalem, with all the intrigue—prophecies, assassination attempts, warnings, war-footing, desperation, royal court drama—as it was just before the final destruction, just as portrayed by the Bible.