Evidence for the Biblical King ‘Shalman’ 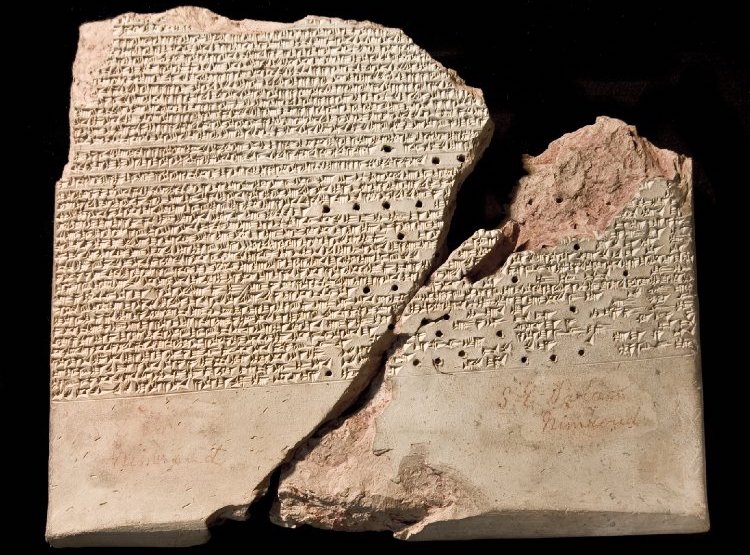 He’s an enigmatic biblical figure—his name is mentioned only once in the Bible, alongside a brief note about one city that he violently conquered. Archaeological evidence has confirmed his existence, but that’s a little simplistic. Because technically, he could be one of six different historical figures. The question is which—and it depends on whom you ask. But one particular individual stands out from the rest.

The scripture in question is Hosea 10:14:

Therefore shall a tumult arise among thy hosts, and all thy fortresses shall be spoiled, as Shalman spoiled Beth-arbel in the day of battle; the mother was dashed in pieces with her children.

The Prophet Hosea was on the scene during the main body of the eighth century b.c.e., as shown clearly from the list of contemporary kings in Hosea 1:1. “The word of the Lord that came unto Hosea, the son of Beeri, in the days of Uzziah, Jotham, Ahaz, and Hezekiah, kings of Judah, and in the days of Jeroboam the son of Joash, king of Israel.” Who, during or before this period, could this enemy ruler “Shalman” have been?

A popular view is that Hosea’s “Shalman” is a nickname for the Assyrian king Shalmaneser. Shalmaneser means “[the god] Salmanu is foremost.” The full name “Shalmaneser” issued elsewhere in the Bible (2 Kings 17 and 18). But such a shortened biblical form does have parallels—i.e. the nickname “Coniah” for the Judahite king Jeconiah (both forms used in the book of Jeremiah).

So if Shalman is indeed Shalmaneser, he is one of five options. There is a good deal of speculation as to which. Despite the fact that Shalmaneser v did conquer Israel, it would seem that this is a different Shalman—given that Hosea is warning an Israel still very much in existence of a past attack by a certain Shalman. As such, the earlier Shalmanesers have been put forward by scholars as particular alternatives.

But there is another, entirely different (and even more intriguing) possibility. Archaeology has revealed a closer link with a king of a very different nation.

Assyrian King Tiglath-Pileser iii ruled from approximately 745 to 727 b.c.e. His Summary Inscription Seven (displayed at the top of the article) briefly names a certain tributary king of Moab named Salamanu, who reigned circa 750 to 740 b.c.e.

From these I received tribute … Sanipu of Ammon, Salamanu of Moab, … Mitinti of Ashkelon, Jehoahaz [Ahaz] of Judah … including gold, silver, iron, fine cloth … as well as all kinds of lavish gifts from many nations and from the kings that rule over them.

The name Salamanu, in Assyrian, is the precise equivalent to the Semitic, Hebrew “Shalman”—with no “nickname” necessary. He is on the scene at the right period—specifically, during the reign of the sole Israelite king mentioned in Hosea 1:1, Jeroboam, and just before Israel’s destruction.

Further: Hosea mentions the destruction of only one city, Beth-Arbel. If this was a king of the mighty Assyrian Empire, which steamrolled entire nations, why would only one city be mentioned? Especially since Beth-Arbel, during biblical times, was apparently of no great import—almost nothing is known about it, as it is mentioned nowhere else in the Bible. Such a singular—albeit, horrific—destruction of a no-name city would seem to fit better with a smaller regional power, such as Moab.

The location of this city is uncertain. Scholars speculate it was located somewhere in northeast Israel—perhaps in the land of Gilead, east of the Jordan River. A likely contender is the modern Jordanian city of Irbid, located in the northwest corner of Jordan. Irbid was known to the ancient Greeks as Arbela, fitting with the biblical name Beth-Arbel (meaning, “house of Arbel”). This city was within the ancient Israelite territory of Gilead, part of an area contested anciently by the kingdoms of Ammon and Israel, directly north of Moab.

It seems that at the time of Hosea’s writing, the destruction of Beth-Arbel was in recent memory. Hosea does hearken back to struggles centuries earlier, such as the Battle of Gibeah, but these are clearly documented, major historical events in the earlier pages of the Bible. Again, there is nothing on Beth-Arbel, indicating a more recent event that had occurred, during the same eighth century b.c.e.

Prof. André Lemaire, a French historian and philologist notable for his work on the Moabite Mesha Stele, believes that the identification of Shalman as the king of Moab fits with the regional drama. This is bolstered by his analysis of another Moabite inscription that may in fact describe the wider setting of the battle of Beth-Arbel.

In 2003, an ancient Moabite inscription of unknown provenance came to light among a private New York collection (currently housed at the Israel Museum). This fragmentary royal column inscription has notable parallels to the Mesha Stele. The script indicates an eighth-century b.c.e. dating, but the name of the king to whom it belonged is not preserved.

The inscription describes a victorious struggle against the neighboring Ammonite kingdom. Epigraphist Prof. Shmuel Ahituv, who first analyzed the artifact, believes that based on the regional Levantine political climate, the Moabite invasion of Ammon occurred during the reign of Israel’s king Jeroboam ii. This, again, would fit with the naming of Jeroboam in Hosea 1:1—an event specifically pertinent to his time of rule over Israel.

Professor Lemaire goes further, identifying the Moabite king who carried out this siege on Ammon as King Salamanu/Shalman from the Assyrian tribute list.

This would, again, fit a wider picture for Hosea 10:14. Arbela/Irbid was situated in/around Ammonite territory—land whose ownership was heavily disputed between the Ammonites and the Israelites (Judges 11). As such, it makes sense that Beth-Arbel could have been caught up in a battle between the Moabites and the Ammonites at this time.

Professor Lemaire goes even further. Based on the regional politics of the eighth century b.c.e., taking on the Ammonites meant taking on their allies—the Syrians—as led from Damascus. Israel’s King Jeroboam fought against Damascus during this period (2 Kings 14). Lemaire speculates that Israel and Moab may have actually been allied against an Ammon-Syria axis. The destruction of Beth-Arbel may then represent some kind of punishment of a rebellious population in order to bring it into line with the Israel-Moab axis.

Hosea 10, again, includes “reminders” of the Battle of Gibeah (a battle that pitted Israelite against Israelite)—perhaps a similar “falling out” of an Israelite population at Beth-Arbel resulted in the destruction by Moabite King Shalman, with sanction from Israel. Maybe this led Hosea to graphically detail, out of condemnation, just how vicious the permitted attack was to mothers and children.

Of course, such details are speculation. But the wider geopolitical picture fits. 2 Kings 14 explains Jeroboam’s conquests of Syrian territory. This collapse of Syrian strength would have left Ammon weak and exposed. Moab—whether or not allied with Israel—would have recognized this, jumping on the opportunity to attack Ammon, as noted on the Moabite column inscription. It would thus fit for a nearby Beth-Arbel to have been swallowed up in such an invasion.

The Identity of Shalman

In short: It could be that Shalman is merely a shortened version of Shalmaneser. But the weight of evidence suggests that he was, rather, the Moabite king of exactly the same name. As with the biblical figure “Geshem the Arabian,” King Shalman is a peculiar case where there is evidence for his existence, but we cannot say categorically which of a set of proven historical figures he was.

But we can get close. There is still much we don’t know about the minor Moabite and Ammonite kingdoms—but as time and excavations go on, with more and more being uncovered, a clearer and broader picture is opening up of even the more obscure, individual verses in the biblical account.