After four months of searching, Iraq may have finally found its new prime minister.
By Warren Reinsch • April 16 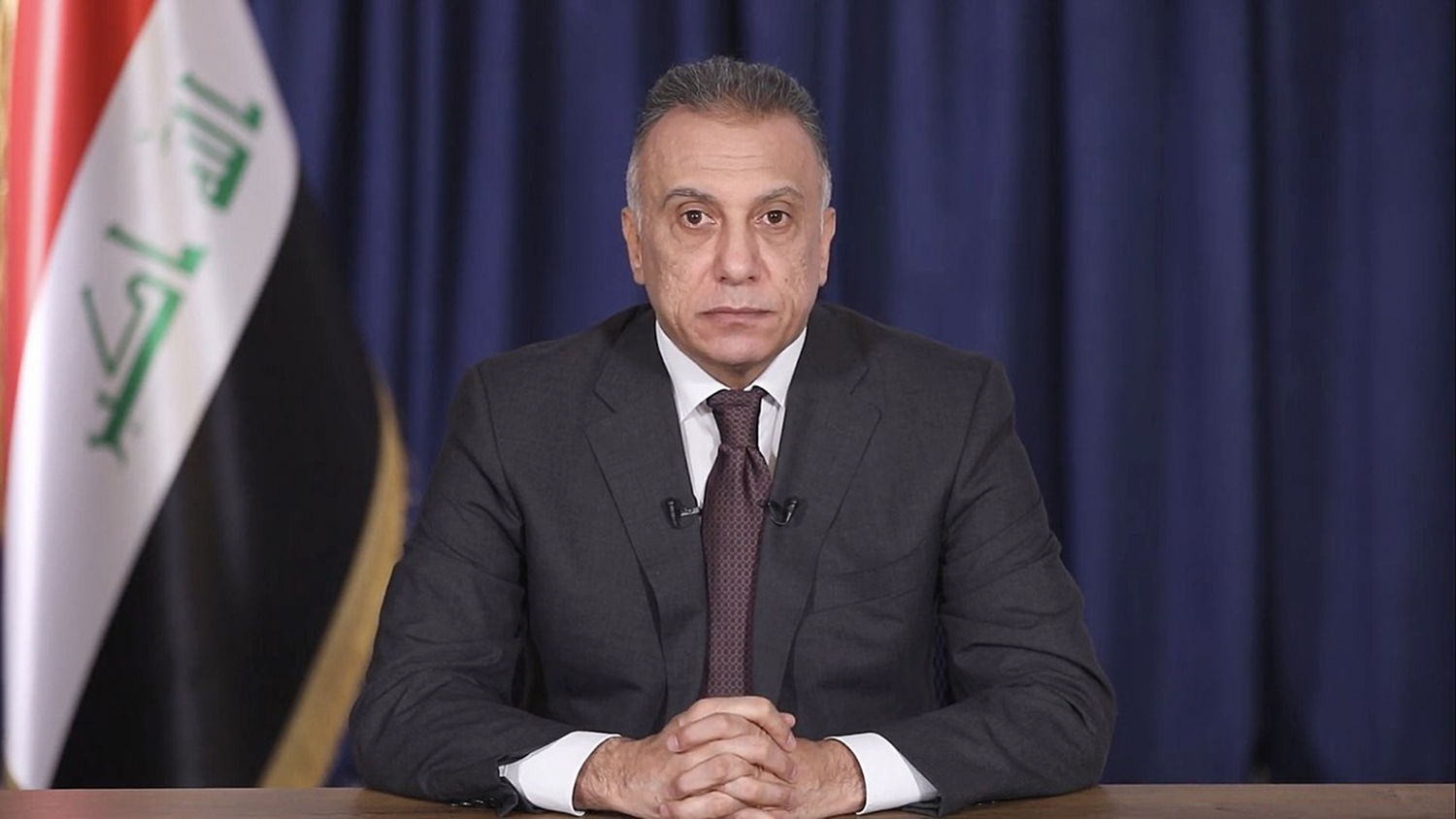 Iraq’s candidate for prime minister, Mustafa al-Kadhimi
THE MEDIA OFFICE OF THE PRIME MINISTER OF IRAQ/CC 2.5

On April 9, Iraqi President Barham Salih nominated Mustafa al-Kadhimi, Iraq’s director of National Intelligence Services and a former journalist, as the nation’s next prime minister-designate, giving him 30 days to assemble his cabinet and receive a vote of confidence from the parliament. After more than four months of searching after the resignation of Adel Abdul Mahdi, Iraq may have finally found its next leader.

There is one huge giveaway that Kadhimi was Iran’s selection. Just a few days before he was nominated, Iranian Quds Force Cmdr. Ismail Qaani made his first visit to Iraq since assuming the role after the January 3 assassination of Qassem Suleimani. Qaani’s visit shows how much importance Iran places on controlling Iraq. The timing also reveals that Kadhimi could be in Iran’s back pocket.

Adnan Al-Zorfi was removed and Al-Kazemi was assigned.
By order of him
As if Iraq is a puppet of Iran.
But now they have dug their graves with their hands

Iranian ambassador to Iraq Iraj Masjedi said that Iran has a “positive view” of Kadhimi as the new prime minister. Iran’s Foreign Ministry welcomes Kadhimi’s nomination, calling it “the right decision at the right time.”

“He has been able to build a balanced relationship … with all of Iraq’s different divisions,” Jaber al-Jaberi, a member of Iraq’s parliament, told the National. “Kadhimi is accepted by most of the political parties in Iraq and has good relations with the region.”

A rumor has been circling in the media that Kadhimi helped the U.S. in Suleimani’s assassination. As Michael Pregent, senior analyst at Hudson Institute, noted on Twitter, this is likely false information. “If that were true,” Pregent said, “the [Quds Force] and its militias wouldn’t be supporting him.”

Though Kadhimi has received widespread support, the National believes “he may not have the power to run the cabinet,” quoting an Iraqi expert who called Kadhimi’s popularity “good but not strong enough.” If this is true, that could explain why Iran decided to support Kadhimi: A weaker prime minister would allow Iran to act as it pleases in Iraq.

Iran won’t do anything to jeopardize its control of Iraq.

Some experts in the U.S. National Security Council believe that because Kadhimi was instrumental in the fight against the Islamic State and the assassination of its leader, Abu Bakr al-Baghdadi, he would be a strong partner to have as Iraq’s prime minister. Others disagree.

Pregent, known for his expertise on Iraq and its Shia militias, said on Twitter, “The militias have saturated the ranks and any Iraqi officer willing to take them on will be targeted for removal or disappearance.”

These militias, known as the Popular Mobilization Units (pmu), have fully integrated with Iraq’s military, becoming an official branch of the Iraqi Security Forces. Some have begun integration with the Iraqi Armed Forces. Estimates put the strength of the pmu anywhere from 130,000 to 150,000 militiamen, and the Iraqi Armed Forces have an active personnel of about 64,000. Any attempt by the government to remove the Iran-backed pmu from power would likely be crushed by the much larger militia force.

“The parliament has voted to commit the Iraqi government to cancel its request to the international coalition for help to fight IS.'’ - Mohammed Halbusi https://t.co/C8LDofWc6n #Soleimani #Iran #USA #Trump #USTroops #Iraq #IraqParliament #WorldNews

When Iran said that it “respects Iraq’s law and political system and supports any figure who has been designated through legal procedure and after gaining the parliament’s vote of confidence,” it basically was saying that it supports any candidate it tells the militias to put forward.

“This is part of Iran’s wider regional agenda to establish itself as the ‘axis of resistance’ against the U.S. Controlling Iraq is key to that role,” Seth Franzman wrote for the Jerusalem Post. “And it needs to control Iraq using [the Iraqi militias] and pro-Iranian parties without appearing to interfere too much, which can lead to a backlash.” Putting in a weaker prime minster, or simply a prime minister who is not obviously pro-Iran, is how Iran can still win “without appearing to interfere.”

The Arab News wrote, “Former Prime Minister Adel Abdul Mahdi was never more than a puppet for the sectarian Shiite elements that put him in power. … Iraqi officials cite ‘backroom deals,’ in which the prime minister-designate would not interfere in paramilitary affairs in return for Shiite political support for his candidacy.”

This is how Iran rules Iraq: through political subterfuge, “backroom deals” and installing weak “puppet” leaders who allow Iran to continue pursuing its regional agenda. The Iraqi government may have a new face, but it is still an Iranian puppet regime through and through.

Iran’s domination of Iraq is a trend the Watch Jerusalem has followed closely for several years. In 2003, when the U.S. invaded Iraq and ousted Saddam Hussein, Watch Jerusalem editor in chief Gerald Flurry asked, “Is Iraq About to Fall to Iran?”

“The stage is being set for [the rise of] an Islamic group of nations, almost certainly to be led by Iran,” wrote Mr. Flurry. “Now that Iraq has been taken out of the picture, Iran is even closer to becoming the reigning king of the Middle East. It may seem shocking, given the U.S. presence in the region right now, but prophecy indicates that, in pursuit of its goal, Iran will probably take over Iraq. At least, it will have a heavy influence over the Iraqi people.”

Seventeen years later, this statement rings truer than ever as Iran throws its support at the new prime minister-designate. Iran truly has taken over Iraq.

For more information, read Mr. Flurry’s 2003 article “Is Iraq About to Fall to Iran?”