Now that Berlin has made the decision to outlaw Iran’s chief proxy, will the rest of Europe follow?
By Brent Nagtegaal and Warren Reinsch • May 4 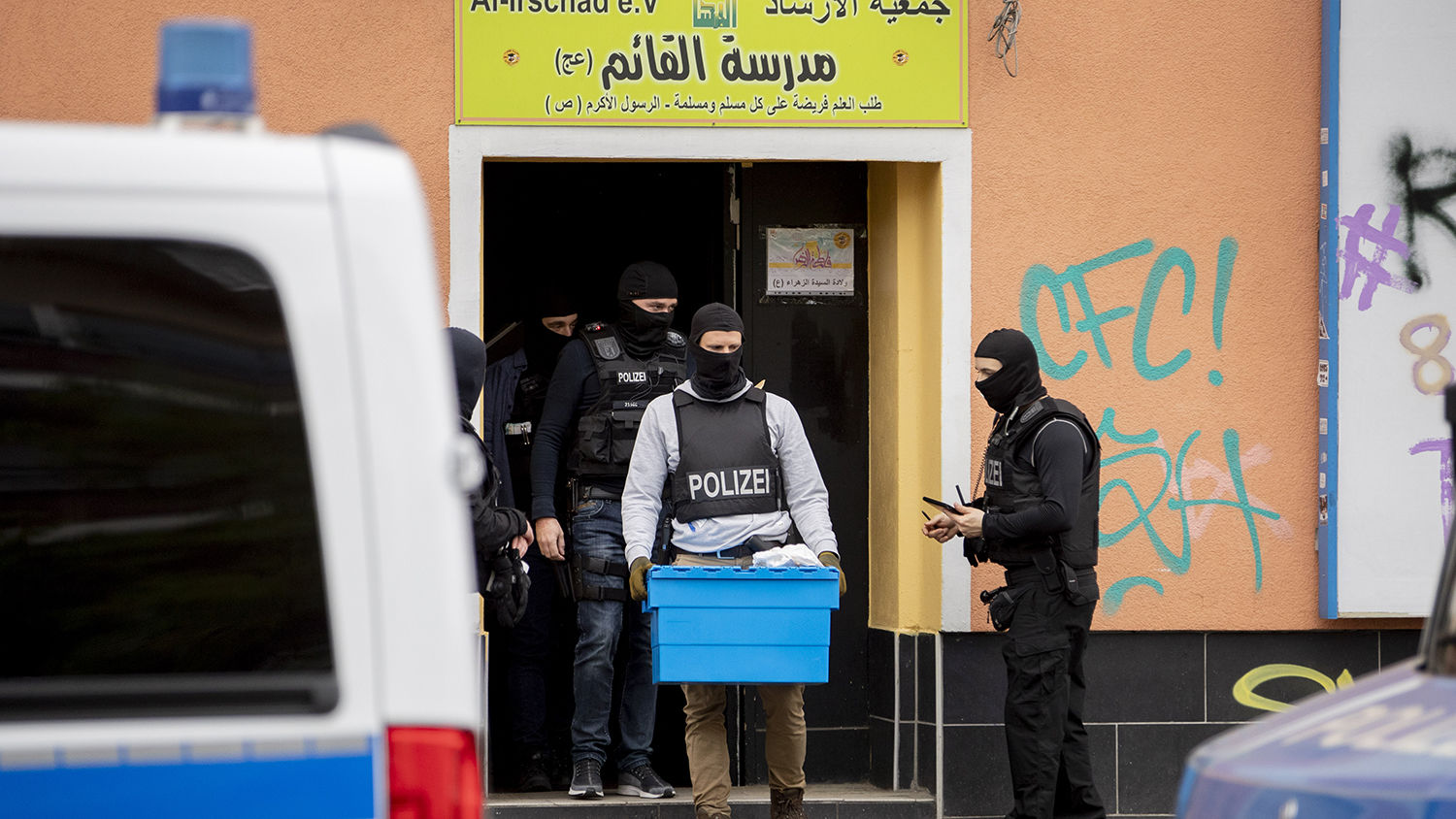 A policeman removes a crate from the al-Irschad mosque in Berlin, Germany, on April 30.
CHRISTOPH SOEDER/PICTURE ALLIANCE VIA GETTY IMAGES

German Interior Minister Horst Seehofer imposed a full ban on all Hezbollah activities in the country on April 30. In the past, Germany has recognized Hezbollah’s military wing as a terrorist organization but has allowed its political wing, which dominates the Lebanese cabinet, to function within Germany’s borders. This new development indicates that Germany is hardening its stance against one of Iran’s chief proxy organizations.

Germany has joined the United Kingdom and the Netherlands in instituting the ban. United States President Donald Trump has been pushing Germany and the European Union to impose a complete ban on Hezbollah. Germany’s statement on Thursday is a huge victory for Mr. Trump and brings us a step closer to a full EU ban on Hezbollah activities. Given that other European nations often follow Germany’s lead, a full EU ban may soon be forthcoming.

In coordination with Thursday’s announcement, German police conducted raids on four alleged Hezbollah-aligned mosques in Berlin, Bremen, Dortmund and Münster, in order to obtain documents proving Hezbollah’s activities in the country before they could be destroyed.

According to the Times of Israel, the information about Hezbollah’s activities in Germany, the location of Hezbollah’s explosives warehouses, and the whereabouts of these secret documents was provided to the German government by Israel’s Mossad spy agency.

While Hezbollah’s activities in Germany are primarily economic, not acts of terrorism, the money the group has raised in the country has been used to fund its government workers, militiamen and acts of terrorism throughout the Middle East.

After a Hezbollah terrorist attack on German soil in the early 1990s, Germany allegedly struck a deal with Hezbollah that it would be allowed to operate and raise funds in the country if it undertook no further attacks inside the country. While Germany could have completely banned Hezbollah years ago, it seems this deal may have held it back.

Hezbollah is under more pressure in Lebanon because of a reduction in Iranian funding and nationwide protests in Lebanon against Hezbollah’s control, so Germany’s decision comes at a critical time.

Reports last month indicate Hezbollah received a 40 percent reduction in funding from a sanction-inflicted Iran, one of its primary sources of funding. This has happened on three previous occasions; as a result, Hezbollah has been forced to find other methods of funding.

One method was through siphoning funds from the Lebanese government’s coffers. By controlling key cabinet positions, such as the Health Ministry, Hezbollah has used some of those funds to patronize its supporters. However, Lebanon’s economy is in a nosedive; the Lebanese pound has lost more than 50 percent of its value since October. As financial strain worsens because of a coronavirus-inflicted economic lockdown, those funds are harder to come by.

Several counterintelligence operations over the past decade have exposed Hezbollah’s drug money laundering through Europe en route to Lebanon. Now that Germany is leading Europe toward banning all Hezbollah activity, it will be harder for the group to maintain this money trail.

The decision for Germany will now be whether it continues to follow the U.S. to designate Iran’s Islamic Revolutionary Guard Corps (irgc) as a terrorist organization as well. Although the irgc is part of Iran’s official military, it provides Hezbollah’s leadership in Lebanon. Watch Jerusalem forecasts that Germany will not only follow the U.S. in these designations, it will eventually take the lead in anti-Iranian sentiment throughout the world.

This is because Bible prophecy says a German-led united Europe will be the strong force that counters Iran on the world scene.

According to this prophecy, these two powers are headed for a devastating clash in the Middle East and North Africa. Watch Jerusalem editor in chief Gerald Flurry has identified radical Islamic extremism, led by Iran, as this prophesied “king of the south,” and a German-led European superpower as the prophesied “king of the north.” (For proof, request our free booklets The King of the South and Germany and the Holy Roman Empire.)

Verses 41-43 show that Iran’s radical Islamic regime will gain some form of control over Egypt, Ethiopia and Libya. As a result, these three nations will be “overthrown” by Germany’s anti-Iran “whirlwind” attack. Right now, Iran has significant control in Lebanon and Syria, but Psalm 83 shows that Iran will lose power in those two countries who will instead align themselves with Germany.

By imposing a full ban on Hezbollah within its territory, Germany is taking steps toward the fulfillment of these sure biblical prophecies.