The government’s poor handling of the crisis is making the people restless.
By Rufaro Manyepa • May 9 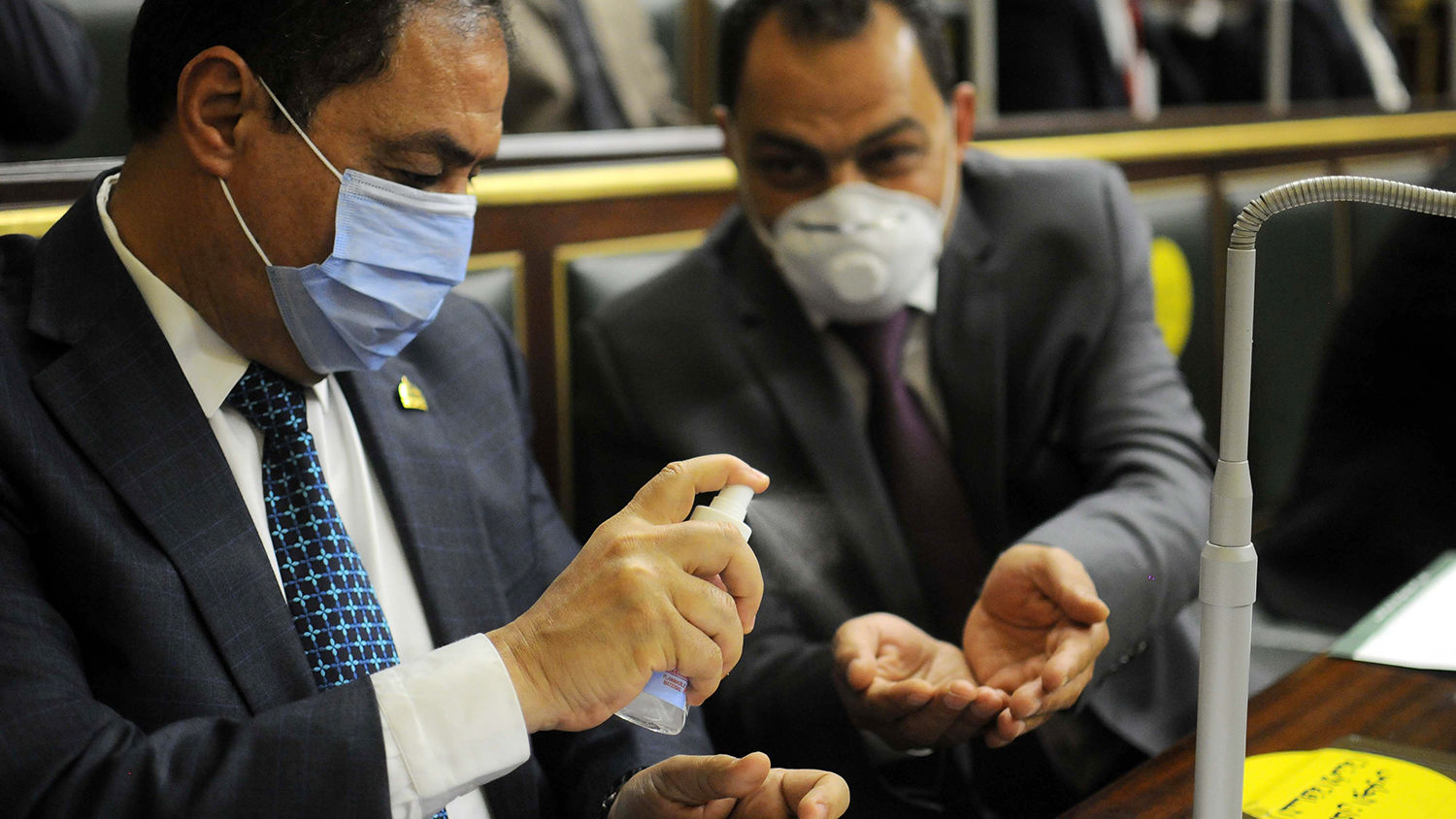 Egypt’s covid-19 crisis is worsening. In mid-March, it had 126 cases; just one month later, it was 2,700. As of May 7, the numbers are upward of 7,500. As the government continues to struggle to get a handle on this health crisis, the anger and discontent it is fomenting could morph into a political crisis.

The main object of anger is the Ministry of Health. The current pandemic has exposed the many deficiencies of the health sector. Testing has been poor and limited; the death toll continues to rise; hospitals have a shortage of medical equipment, preventive supplies and beds for infected patients; and now, deaths among the medical community are rising.

The discontent has been exacerbated by the recent death of prominent sports writer Mahmoud Riad, the first journalist in Egypt to die from coronavirus. In a Facebook post just before his death, he bemoaned the handling and attentiveness paid to covid-19 patients, a parting shot at the government. Looking at the numbers, he had a point.

Hospitals in Egypt are understaffed by about 60,000 nurses. Fifty-five percent of Egypt’s registered medical doctors work outside the country, and poor working conditions and low wages are forcing more to leave. Hospitals continue to close as well, meaning there are about 1.3 available hospital beds per 1,000 people.

The pandemic continues to spread, so Egypt’s ill-equipped health-care system cannot catch up. And as more and more people die, the anger and discontent are growing.

Under Abdel Fattah al-Sisi, Egypt has grown and developed its military and police forces; for the last seven years, the military has effectively battled terrorism and Islamic militants. But growing public frustration with other areas of the government has undercut this development.

In the fall of 2019, protests broke out calling for Sisi’s resignation because of government corruption and the worsening economy. The violent crackdown in response, which saw thousands detained, did nothing to ingratiate the government with the people.

covid-19 has strained the government’s economic resources, so it’s looking to abolish water and electricity subsidies starting in July. With these subsidies abolished, rate increases are expected. This for a population facing increasing levels of unemployment.

According to a report by the World Bank, at least 60 percent of Egyptians are poor or belong to the poorest groups. Coronavirus will only exacerbate these problems, and the people are blaming the government.

Public discontent has historically precipitated governmental change in Egypt. In 2011, protests and clashes between citizens and police resulted in the Arab Spring and resignation of Hosni Mubarak. Thirty years earlier, the “autumn of fury” saw violent clashes between security forces and armed Islamists that culminated in the assassination of President Anwar Sadat.

Today, the cracks are visible, and the government is on uneven footing. The coronavirus has further rocked Sisi’s government. Whether or not it will actually topple him remains to be seen. But Bible prophecy indicates that an alliance between Egypt and radical Islam is inevitable.

According to Foreign Policy, the coronavirus “crisis may trigger another change, this one concerning political perceptions and preferences.” Although Sisi has exerted strongman rule in Egypt for the last eight years, keeping radical Islam at bay with the current volatile situation may prove too difficult.

In his booklet The King of the South, Watch Jerusalem editor in chief Gerald Flurry identifies Iran-led radical Islam as this king of the south. He writes that verse 42 “implies that Egypt will be allied with the king of the south, or Iran. This prophecy indicates there will be a far-reaching change in Egyptian politics! We had been saying since 1994 this would occur, and look at Egypt today.”

Indeed, look at Egypt today: This nation, which has historically been politically volatile, is vacillating between a radical Islamic government and a more conventional government.

The Bible prophesies that at some point, civil discontent will see Egypt ally itself with radical Islam again. Watch Jerusalem has been watching for this prophesied Egyptian uprising for years. Its fulfillment is on the horizon. If covid-19 continues to destabilize the shaky Egyptian political foundations, it could take place very soon.

Please request your free copy of The King of the South to prove for yourself the prophecies of the Bible. They are surely coming to pass, and they are going to affect you.