The Sahel may look like a second Afghanistan right now, but that’s not how Germany’s involvement there will end.
By Daniel Di Santo • May 12 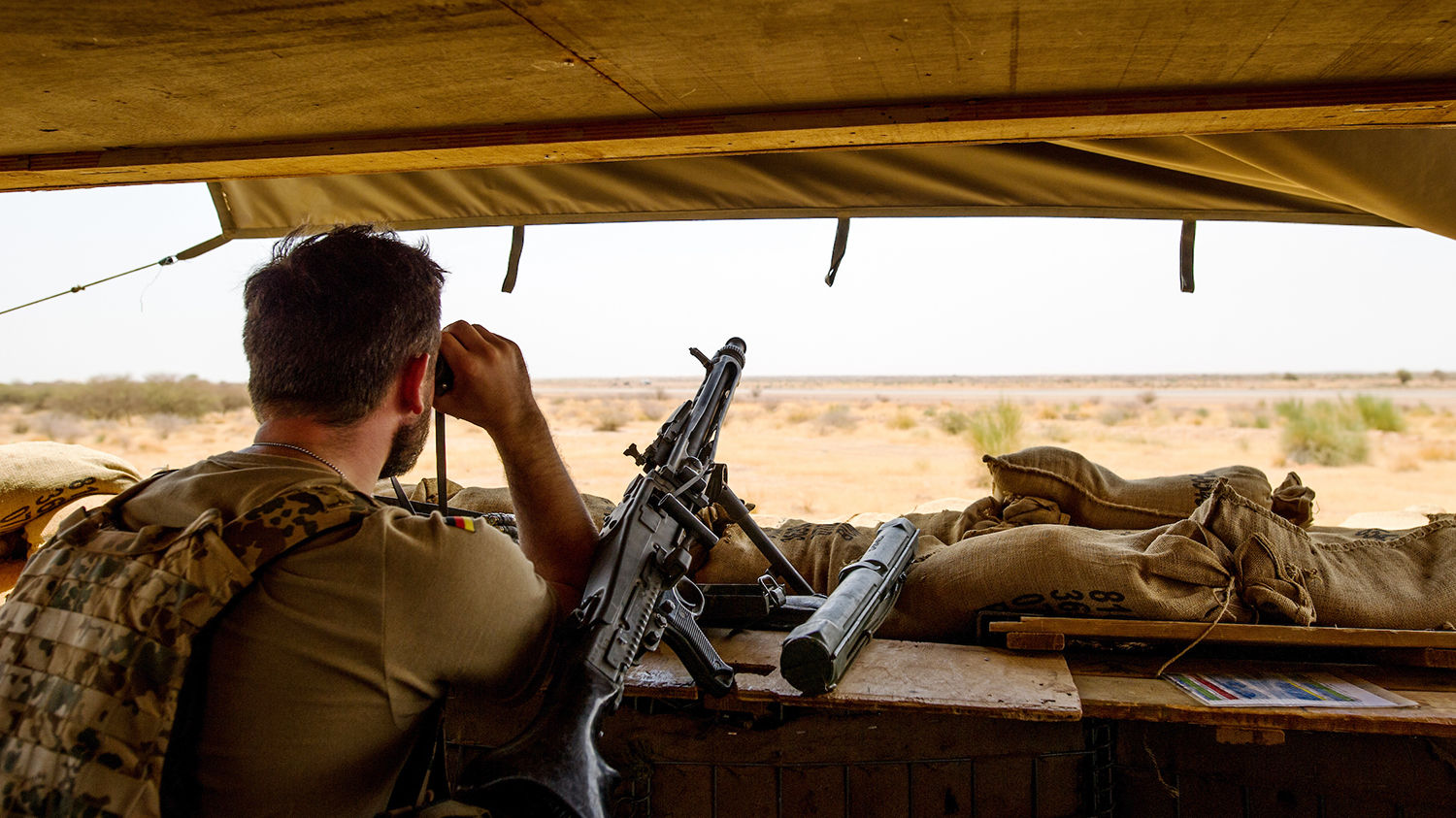 A member of the German Armed Forces secures the area surrounding the Camp Castor airfield in Gao, Mali.
MARKUS HEINE/NURPHOTO VIA GETTY IMAGES

Germany’s federal government increased the size of its troop deployment in the Sahel and broadened the territory it covers, reported German-Foreign-Policy.com on May 8. Terrorism in North Africa increased severely during the first four months of this year, prompting Germany to get more deeply involved. Some are beginning to call the mission a hopeless entanglement, comparing it to Afghanistan. While this may seem true at present, it is not how Germany’s war against radical Islam will end.

Germany has allowed up to 450 soldiers to be deployed in Mali under a European Union legal framework, in addition to 1,100 already approved by the Bundestag as part of a United Nations mission. This is an increase of 100 troops. More importantly, their reach has increased. All may now operate within the five Sahel nations: Burkina Faso, Chad, Mali, Mauritania and Niger. However, not everything Germany does fits within its national laws: Members of its special forces train their counterparts in Niger without consent from Germany’s parliament.

Terrorism in the Sahel is getting worse. Head of the UN Office for West Africa and the Sahel, Mohammed Ibn Chambas, told the UN on January 8 that “the region has experienced a devastating surge in terrorist attacks against civilian and military targets.” Attacks have increased by five times since 2016, causing more than 4,000 reported deaths in 2019, compared to 770 three years earlier. The beginning of this year was no exception. Chad suffered its deadliest ever terror attack on March 23, when a faction of Boko Haram killed 92 soldiers. In Niger, another faction of Boko Haram killed 47 soldiers in an ambush on a military convoy on March 24. On the same day, terrorists struck as far south as Mozambique. An armed group belonging to the Islamic State seized the strategic port town of Mocimboa da Praia and held out until government troops liberated it the following day. Mozambique is not a Sahel nation but does host valuable gas exploration ventures by European and American companies, worth up to $60 billion.

German-Foreign-Policy.com reported that observers are comparing the situation, with its rise in attacks and increasing European military activity, to America’s quagmire in Afghanistan. However, it will not end this way, though the situation seems out of control.

“Northern Africa is turning into a battleground with enormously important prophetic implications,” wrote Watch Jerusalem editor in chief Gerald Flurry in 2013. He warned, “Iran isn’t the only one interested in Africa. Germany is making strong inroads as well. Both of these powers are racing to get as much control of North Africa as they can.” This is clearly evident today. Germany increased its presence in the vital Sahel region. On January 13, French President Emmanuel Macron declared that France would also step up its presence by committing more troops. Amid all this, America is considering packing up. “The resources which the Pentagon devotes to Africa or the Middle East could be reduced or redirected either to improve the readiness of our forces in the United States or in the Pacific,” said Gen. Mark Milley at a January nato meeting.

Europe knows that it must stamp out terrorism in the Sahel in order to slow the spread of jihad in North Africa, where many of its strategic oil reserves are found. North Africa is also the gateway for migration to Europe, something terrorists have taken advantage of.

As America withdraws, Mr. Flurry has stated that European activity in opposition to Iran and its terrorist proxies will increase. “They will inevitably clash with each other,” he said. How could he be so certain?

“A great prophecy of your Bible is about to be fulfilled!” he wrote. “You need to watch what is happening in the Middle East and Africa!”

This scripture describes a time when Germany’s Catholic empire will wage all-out war, throwing everything it has at radical Islam—and dominating it like a violent flood pouring in! …

“Whirlwind” is a very revealing word in this verse. It means to sweep away in a storm, according to Gesenius’ Lexicon. It can mean “to bristle with terror.” It can also mean terror stricken, or shivering with fear, invoking the creeping of the skin of one who is terror stricken.

This word has an unusual emphasis on terror! … Finally the terrorists will become terrorized!

Germany’s Sahel inroads are leading to this prophesied collision between Europe and radical Islam. Right now, Germany is surrounding Iran and its terror groups; you can read about that strategy in detail in our free booklet Germany’s Secret Strategy to Destroy Iran. Soon, as Iran continues to “push” at Europe, as shown in Daniel 11:40, Germany will go on the offensive.

This will signal a major change in the world order and the beginning of a worldwide conflict. To read more about the implications of Germany’s growing Sahel involvement, read The King of the South, by Gerald Flurry.