Denmark: The ‘Lost’ Tribe of Dan?

Could the Danes be descendants of this ancient Israelite tribe?
By Watch Jerusalem Staff • June 1, 2020 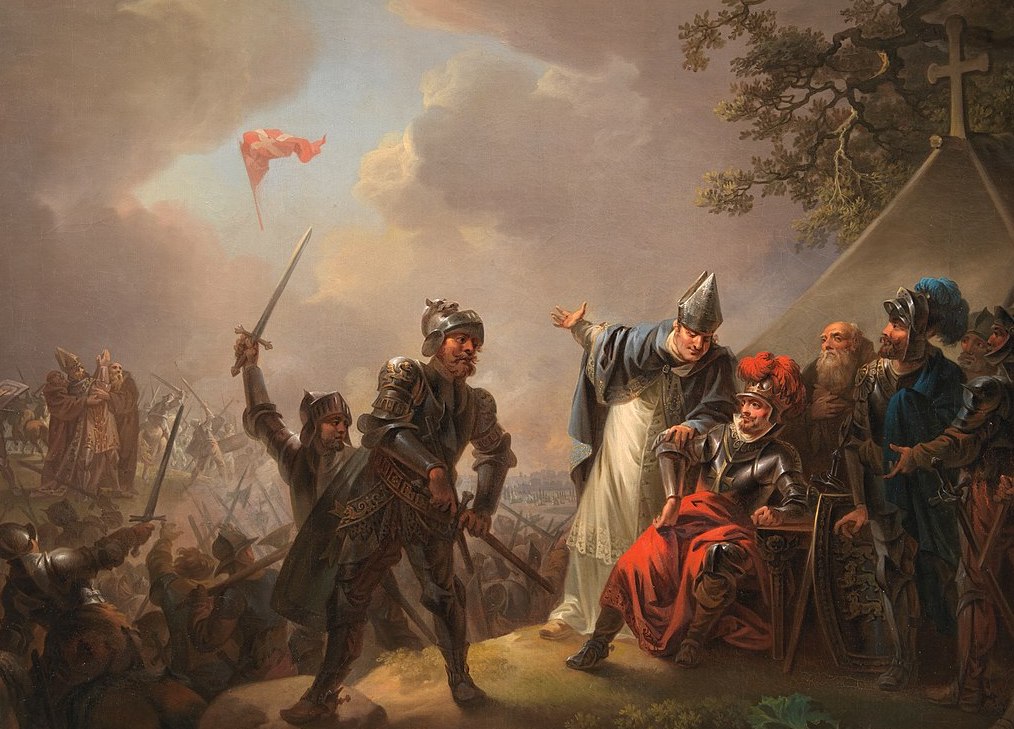 The legend of Dannebrog: The Danish troops of King Valdemar II (seated, next to his three lions crest) are successful in the Battle of Lyndanisse (1219), only as long as the tiring archbishop’s hands remain raised. According to the legend, a flag descended from the sky which, when raised, gave the Danes the final victory. This would become the national flag of Denmark. C. A. Lorentzen, 1809.
Public Domain

The identity of the “Lost 10 Tribes” of Israel has intrigued people for millennia. While the identity of the Jews—those of the southern Kingdom of Judah—remains known, what about those 10 tribes of the northern Kingdom of Israel, conquered and deported long before by the Assyrian Empire? Genesis 49 contains detailed prophecies for each of these tribes, identifying their national characteristics “in the last days” (verse 1). So they must be on the scene, somewhere.

In his seminal work The United States and Britain in Prophecy, Herbert W. Armstrong established that the United States and British Commonwealth represent the tribes of Manasseh and Ephraim, respectively—one tribe prophesied to become a great nation, and the other, a company, or commonwealth, of nations. While his book focused primarily on those two birthright tribes, Mr. Armstrong identified the Danes as descendants of these ancient Israelites.

In an earlier podcast, we identified the Irish as the modern-day descendants of the tribe of Dan. But anciently, Dan was split into two distinct parts: A western tribe, that migrated to Ireland c. 3,000 years ago; and a northern tribe, that was taken captive by the Assyrians and migrated into the European continent with the other Israelite tribes. These northern Danites are represented by the modern-day nation of Denmark (Danish: Danmark).

Article: Visit to Denmark by Ambassador for World Peace

Get Our Magazine Request your free subscription
to Watch Jerusalem magazine
Subscribe
Related
The King of the South
The Prophet Daniel wrote about a future confrontation between the king of the north and the king of the south. We are now in the time when these two major powers are quickly rising! The king of the south is stirring up trouble even today. It is critical that you know the identity of this prophesied power!
Request Now