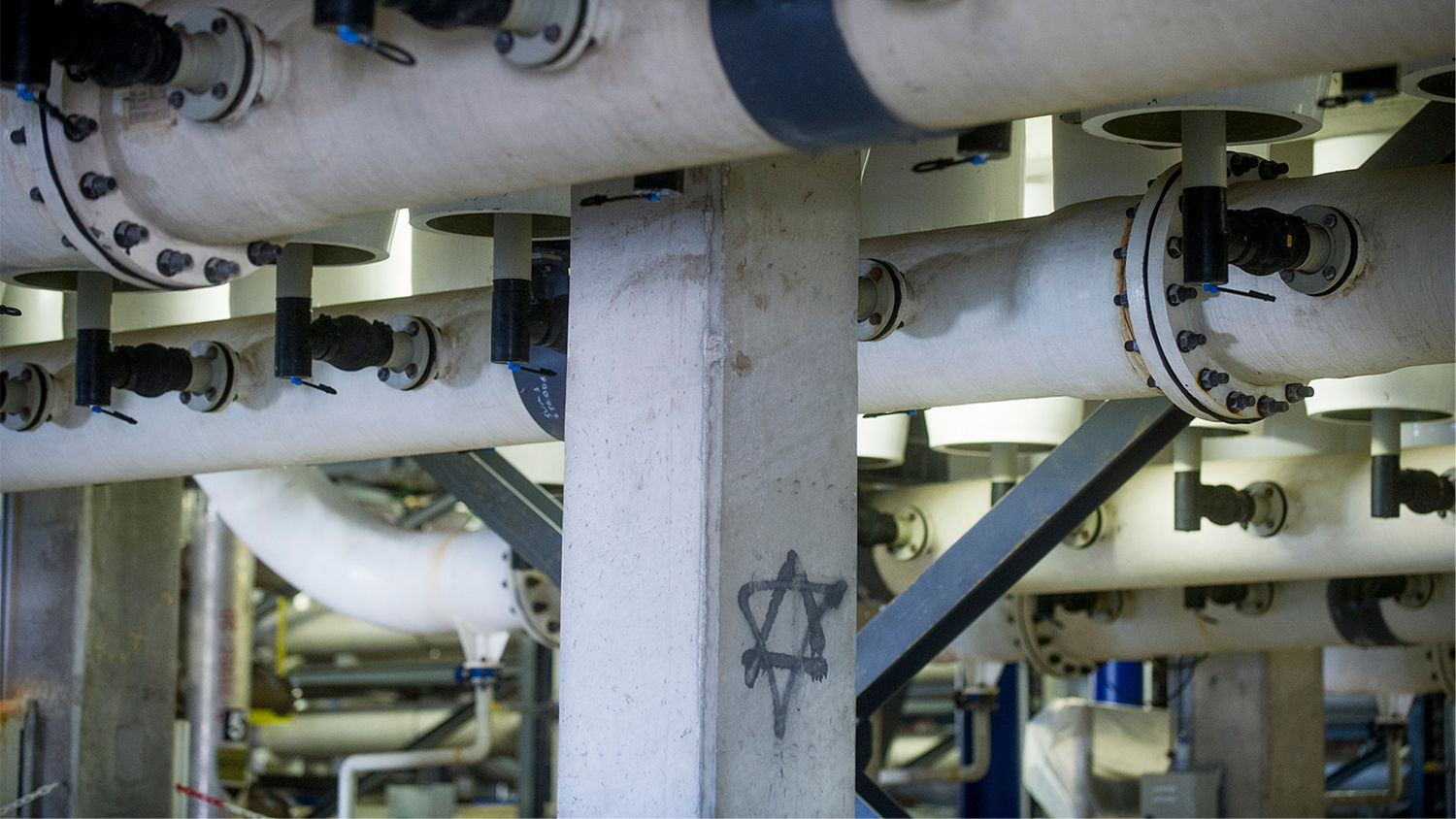 New reports by Jewish News Syndicate and Financial Times show that Iran attacked tens of thousands of Israeli citizens on April 24 and 25. It used a new form of terrorism that it will potentially use to wreak havoc throughout the Middle East: computer code.

The Iranian-written code passed through servers in the United States and Europe to avoid detection before reaching computers controlling water pumping systems in Israel. Israelis knew that the systems had been attacked, but were probing for more details. According to Jerusalem News Syndicate and Financial Times, they now know that Iranian hackers attempted “to trick Israeli computers into raising the chlorine content in the country’s water supply to dangerous levels.” This would have affected tens of thousands of everyday Israelis.

A successful attack would have “triggered fail-safes that would have shut down the pumping station,” according to a Western official. But not before causing hundreds to fall ill and tens of thousands to be without water. Such an attack would be devastating to a nation that relies so heavily on technology for its daily municipal water needs.

According to the Financial Times, “Iran is rapidly emerging as the sixth member of the cyber superpower club” after China, Israel, Russia, the United States and the United Kingdom. It emerged in 2010 that Israel had significantly damaged Iran’s nuclear program using the Stuxnet computer virus, and since then, Iran has wanted revenge.

Iran’s recent attack against Israel was its boldest known use of cyberterrorism yet, characterized by Jerusalem News Syndicate as “a new phase in Iranian aggression.”

“I think we will remember this last month and May 2020 as a changing point in the history of modern cyberwarfare,” declared Yigal Unna, head of Israel’s National Cyber Directorate. “If [Iran] had succeeded in their plot, we would now be facing, in the middle of the [coronavirus] crisis, very big damage to the civilian population and a lack of water and even worse than that.”

Unna said, “There seem to be new rules for cyberwarfare—it could be cyber versus cyber, or kinetic versus cyber—and everything will accrue to civilian-targeted warfare.”

In “Cyberwarfare: Iran Opens a New Front,” the Financial Times described an initiative by the cybersecurity firm MalCrawler that attempted to “gauge the intentions” of hackers from different nations. The article explained:

The evidence from the models aligned. The Chinese hungrily scooped up anything that looked like novel technical information. The Russians permeated deep into systems, mapping them and implanting hard-to-find backdoor access for potential future use. But neither dared do damage—unlike Iran.

MalCrawler Chief Executive Officer Dewan Chowdhury said that the Iranian “mindset just seemed completely different—it wasn’t espionage or some kind of targeted operation necessarily, it was just to do as much damage as possible.” In one situation, the Iranian hackers “fatally compromised the safety systems of what they thought was one of Israel’s nuclear power stations.”

Iran has been using cyberwarfare to attack Israel’s infrastructure and military for years. At the 2019 CyberTech Conference in Tel Aviv, Israeli Prime Minister Benjamin Netanyahu said, “Iran attacks Israel on a daily basis” and called Israel’s Air Force its most “dramatically vulnerable” system. Now Iran is bold enough to conduct not only cyberwarfare against the Israeli military, but also cyberterrorism against an even more dramatically vulnerable target: Israeli civilians.

Since the 1990s, Watch Jerusalem editor in chief Gerald Flurry has forecast that Iran will use state-sponsored terrorism to eventually dominate the Middle East. In a May 2005 article, he warned about the danger of cyberwarfare:

I believe one key end-time Bible prophecy could well be fulfilled through … cyberterrorism: … “they have blown the trumpet, even to make all ready; but none goeth to the battle: for my wrath is upon all the multitude thereof” (Ezekiel 7:14). The trumpet of war is to be blown in Israel. … It seems everybody is expecting our people to go into battle, but the greatest tragedy imaginable occurs! Nobody goes to battle—even though the trumpet is blown! Will it be because of computer terrorism?

Mr. Flurry wrote this two years before the first iPhone was released. Since then, even more people rely even more heavily on computer technology. This vector of attack could be one of Israel’s greatest vulnerabilities.

Although its cyberattack against an Israeli water supply was thwarted, expect Iran to grow even more bold.

In The King of the South, Mr. Flurry writes, “Iran is extremely radical …. So where is Iranian radical thinking leading Iran? To state-sponsored terrorism ….” Mr. Flurry further explains that Iran’s persistent terrorist attacks, promotion of terrorist organizations, and pursuit of nuclear weaponry fulfills the prophecy of Daniel 11:40. “The king of the south is about state-sponsored terrorism,” he writes. “That is how Iran became king! Daniel 11:40-43 is an end-time prophecy. It is about a nation that is always pushy in its foreign policy. It pushes until it starts a war.”

This prophecy describes Iran, which leads the king of the south, as aggressive enough to instigate a devastating war. One of Iran’s most effective weapons to “push at” its enemies could be cyber attacks. The Bible says that this Iranian push will happen soon, and when it does, the world will experience “a time of trouble, such as never was since there was a nation even to that same time” (Daniel 12:1). For more insight into what is ahead for Iran, Israel and the world, please request your free copy of The King of the South, by Gerald Flurry.