President Obama Was Planning Another Hit Against Israel

The only evidence of collusion found in General Flynn’s phone calls was between the Obama administration and anti-Israel forces at the United Nations.
By Brent Nagtegaal • July 1 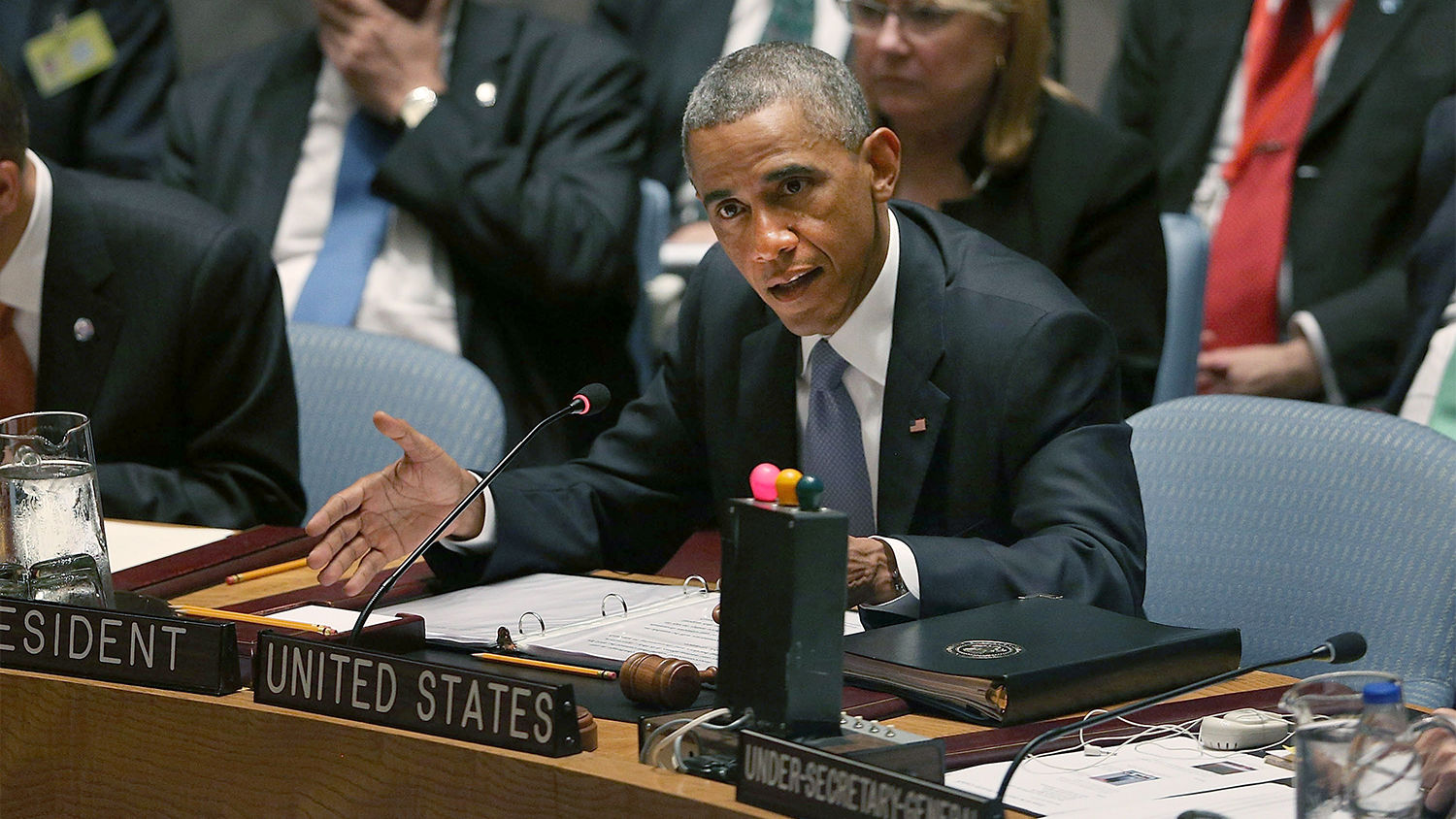 One month before President Barack Obama left the White House, the United States infamously broke with its historic precedent of supporting Israel at the United Nations, an institution with systemic bias against the Jewish state. Collective applause erupted in the UN hall when U.S. Ambassador Samantha Powers raised her hand to allow passage of Resolution 2334, which called any Israeli settlement in the land occupied by Jordan before 1967 as illegal. According to the resolution, Israelis living in the Jewish Quarter of the Old City of Jerusalem were criminal squatters.

By not vetoing the anti-Israel resolution, Israel’s greatest ally chose to side with Israel bashers instead of the Jewish state.

As bad as that decision was, we now know that President Obama was lobbying for an even harsher measure against Israel. But it was stopped in its tracks after pressure from Russia.

Proof of the anti-Israel measure surfaced recently in the most unlikely of places.

In late May, transcripts of phone calls between incoming Trump National Security Adviser Gen. Michael Flynn and Russian Ambassador Sergey Kislyak were declassified by the U.S. government in defense of Flynn. The phone calls were used by the Federal Bureau of Investigation to justify continuing an investigation in the Trump campaign for collusion with Russia. However, the content of the discussions mostly revolved around the Obama administration’s anti-Israel resolution at the UN.

In the days leading up to the Dec. 23, 2016, vote, Israel had reached out to the Trump team to do what it could to slow down the resolution, after the Obama administration refused to say it would use its veto. Flynn, and many others in the transition team, made calls to the other members of the Security Council to see if they would veto or vote down the resolution.

On December 22, Flynn called Kislyak to see how Russia intended to vote. Kislyak said that Russia intended to support the resolution: “So, we will try to help to give additional time for the conversation on this issue. But if it is put on vote, for historical reasons, as I explained to you, we cannot vote other than to support it.”

After the resolution passed, President-elect Trump tweeted “Stay strong Israel,” reminding it that his January 20 inauguration was fast approaching.

We cannot continue to let Israel be treated with such total disdain and disrespect. They used to have a great friend in the U.S., but…….

not anymore. The beginning of the end was the horrible Iran deal, and now this (U.N.)! Stay strong Israel, January 20th is fast approaching!

However, it turns out that Israel had plenty to worry about in the remaining four weeks of Obama’s lame-duck administration.

Israel’s UN Ambassador Danny Danon had caught wind that the U.S. was planning another more forceful action against Israel at the UN. In fact, the Obama administration had begun colluding with other members of the Council to see whether the U.S. could garner the necessary support.

While the exact contents of the resolution are unknown, a source told the Jerusalem Post last month that it would have forced parameters of a peace agreement upon Israel and the Palestinians, which would include a time frame for creating a Palestinian state based on the 1967 lines. This would have been a natural followup to Resolution 2334, which had just called Israel’s occupation of that land “illegal.”

Immediately, Danon informed Prime Minister Benjamin Netanyahu of the Obama administration’s plan. According to the Jerusalem Post, the prime minister called Russian President Vladimir Putin as well as President-elect Trump to lobby against the forthcoming measure.

On Dec. 29, 2016, the Russian ambassador called Flynn to inform him that Russia would not support the new resolution that Obama was “pushing for.”

“We wanted to convey to you and through you to the president-elect that we had significant reservations about the idea of adopting now the principles for the Middle East that our American colleagues are pushing for. So we are not going to support it to—in the quartet, or in the Security Council. And we have conveyed to our American colleagues. So in the spirit of full transparency, I was asked to inform you as well. So it’s not something that we—Russia—are going to support.”

As the call relates, Russia had informed the Obama administration that it would not support its new resolution. This meant that the new attack against Israel was dead in the water, which is likely why the resolution never came forward.

Both the Russian Foreign Ministry and Obama’s U.S. ambassador to Israel, Dan Shapiro, have denied the reports of this secondary measure. However, the timing of the Flynn phone call with Kislyak after Resolution 2334 had already passed shows that there was a more forceful measure in the offing, and so sinister that even Russia would not go for it.

Russia defended the State of Israel against the hostile U.S. administration at the United Nations. Traditionally, the U.S. has stood up for the Jewish state. But in this case, the U.S. led the attack.

The Obama administration’s hostility toward Israel was evident to many at the time. Now, almost four years later, more information is surfacing to expose just how deep that hatred was.

However, these latest revelations should come as no surprise for readers of Watch Jerusalem. In March 2016, editor in chief Gerald Flurry showed the spiritual dimension behind President Obama’s broad anti-Israel measures.

Mr. Flurry contrasted President Obama’s favorable words toward Israel with the policy decisions designed to cause Israel harm. Mr. Flurry also showed how that two-faced policy was similar to one employed by Antiochus Epiphanes, the ancient Jewish state’s foremost enemy. He wrote, “You had better be afraid when people start believing the words of an Antiochus! We have to realize that the whole movement in the U.S. from the top is about destruction! The Bible characterizes Antiochus as a ‘son of perdition,’ or destruction. There isn’t anything except a lot of deceit and lies.”

This secret secondary hit against Israel is another example of the lies and deceit of the Obama administration. The U.S. betrayal of the Jewish state is almost too shocking to believe. However, it makes sense when you understand the deeper motivation driving President Obama. To understand how a United States president could be so hostile to Israel, please read Mr. Flurry’s article “What Inspires President Obama’s Relationship With Israel?”

Related
Jerusalem in Prophecy
Jerusalem means “city of peace,” and yet this city’s history has been filled with rivers of blood! No city has suffered like Jerusalem. It has known almost no peace. But there is very good news. God established Jerusalem to be a city of peace—and will one day make sure that it becomes so! It is actually the city from which God will rule the entire universe!
Request Now