The latest iteration of the ongoing Russia collusion hoax to bring down Donald Trump.
By Brent Nagtegaal • July 2 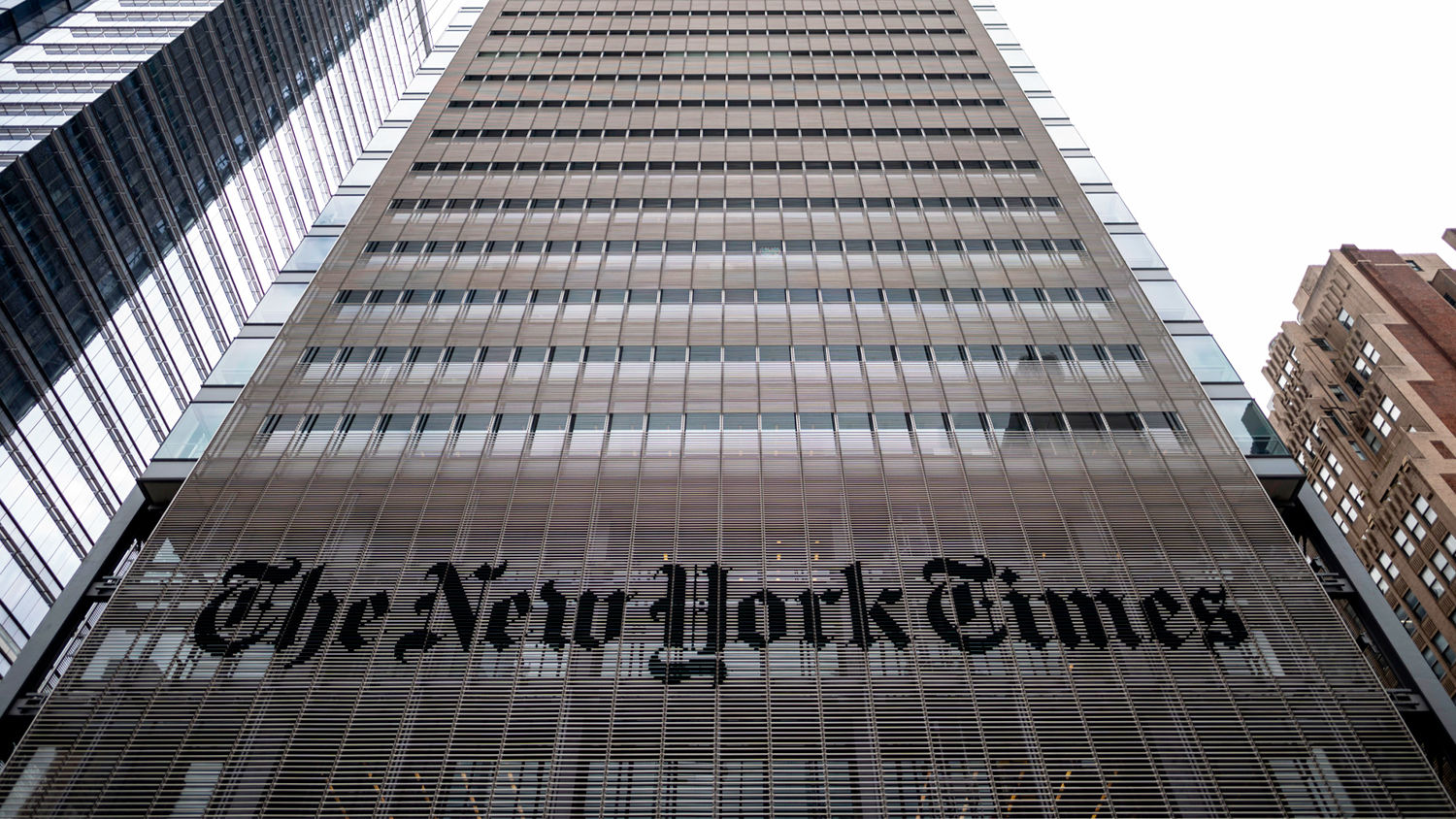 Authors Charlie Savage, Eric Schmitt and Michael Schwirtz, key pushers of the now-discredited claim that Trump colluded with Russia to win the 2016 presidential election, now report that President Trump received intelligence that Russia had paid Afghans to kill U.S. forces in Afghanistan—and that he refused to confront Russia in response.

According to last week’s initial reporting, “the intelligence finding was briefed to President Trump” and U.S. officials had “developed a menu of potential options” in terms of retaliation, but “the White House has yet to authorize any step.” Referencing anonymous sources, the NYT stated that “officials familiar with the intelligence did not explain the White House delay in deciding how to respond to the intelligence about Russia.”

The implication is that President Trump’s refusal to respond to President Vladimir Putin, even after Russia actively incentivized the killing of American servicemen, is further evidence of collusion.

After the original Times story was published, however, on the record sources proved that neither President Trump nor Vice President Mike Pence were briefed on the intelligence.

According to the White House, the president did not receive the intelligence because of internal disagreement among U.S. agencies about its accuracy. The National Security Agency, in particular, dissented over claims of Russian bounties as they were yet to be verified.

Proving that the president was not informed about the intelligence was a critical blow to the notion that President Trump was culpable by not acting.

But the media quickly shifted to focus on a new narrative: President Trump had created a climate where his advisers were scared to bring up anything negative about Russia. Rice wrote, “If Mr. Trump was told about Russian actions, why did he not respond? If he was not told, why not? Are his top advisers utterly incompetent? Are they too scared to deliver bad news to Mr. Trump, particularly about Russia?”

And so, the new narrative is that it doesn’t matter if the president heard the intelligence or not, he is still to blame. The NYT then zoomed out on July 1, saying that regardless of the intelligence on the Afghan bounty story, there is abundant proof of Russia’s ongoing belligerence toward the U.S. David E. Sanger and Eric Schmitt (one of the authors of the original piece) wrote:

But it doesn’t require a top-secret clearance and access to the government’s most classified information to see that the list of Russian aggressions in recent weeks rivals some of the worst days of the Cold War.

It’s uncertain whether most Cold War historians would agree with that statement. No matter, the radical left has its new strategy to prove Russia collusion—and it relates to how President Trump is dealing with the Russian threat, particularly in Afghanistan.

The strategic attack comes at an interesting time for President Trump as he seeks to negotiate an exit of all U.S. forces from Afghanistan as soon as possible. The president himself has indicated he would like to bring all forces home before the election in November—fulfilling one of his original campaign promises. Critical to that time table are ongoing negotiations with the Taliban, where the U.S. will require that the terrorist group al-Qaeda no longer be given safe haven in the country.

Whatever the case, it’s impossible to not look at the New York Times reporting as being anything but political. The op-ed from Obama’s former national security adviser only made it more obvious.

Rice finished her piece by writing:

What must we conclude from all this? At best, our commander in chief is utterly derelict in his duties, presiding over a dangerously dysfunctional national security process that is putting our country and those who wear its uniform at great risk. At worst, the White House is being run by liars and wimps catering to a tyrannical president who is actively advancing our arch adversary’s nefarious interests.

Anyone with a sense of recent history would regard that last sentence as hypocritical. As Mollie Hemingway and others have noted, this isn’t the first time that bounties have been placed on U.S. forces Afghanistan.

In September 2010, the Sunday Times revealed that Iran were using five front companies in the Afghan capital of Kabul to covertly finance Taliban militants. According to the Times, Iran was paying bonuses of $1000 to kill an American soldier and $6,000 for destroying a U.S. military vehicle. Proof abounded that Iran was providing temporary shelter for some al-Qaeda operatives.

And yet the Obama administration led secret negotiations with Iran (the greatest state sponsor of terrorism as designated by Obama’s own State Department) starting in 2009 and then continued in stealth until 2012. After this, the negotiations became public and formed the basis of the grand bargain known as the Iran nuclear deal. Lest we forget, as part of the deal initiated on Jan. 16, 2016, the Obama administration provided Iran with $1.7 billion in cash and over $100 billion in unfrozen assets. It released nearly a dozen Iranian criminals from U.S. custody and removed from international wanted lists another dozen. The Obama administration even secretly petitioned U.S. banks to break United States law and give Iran access to the American financial system. All this for the world’s leading state sponsor of terrorism.

If anyone was looking for evidence of collusion with a rogue enemy of the United States, look no further than President Obama’s outreach to Iran.

With regards to Russia, President Obama refused to offer Eastern Europe the U.S. defensive weapons shield, refused to arm Ukraine with anything but blankets as Russian forces took over Crimea and Ukraine’s east. The nuclear deal also provided Russia and its satellites with the financial benefits of supplying Iran with uranium ore. Obama oversaw Putin’s entrance into the Syrian civil war, announcing Russia’s return to the Middle East since the fall of the Soviet Union.

But according to the peddlers of Russia collusion, these facts don’t matter.

Russia collusion is the strategy, and the media and many politicians are fully onboard.

It also turns out that many Democratic leaders were privy to intelligence about possible Russian bounties on American heads back in February, but choose to do nothing with the information.

The Federalist reported on Thursday that top committee staff for Rep. Adam Schiff, the chairman of the House Permanent Select Committee on Intelligence, were briefed on the bounty intelligence during a trip to Afghanistan in February. And yet, Schiff, known peddler of the Russia collusion narrative, refused to bring the intelligence forward. The Federalist wrote:

Schiff’s recent complaints that Trump took no action against Russia in response to rumors of Russian bounties are curious given that Schiff himself took no action after his top staff were briefed by intelligence officials. As chairman of the intelligence committee, Schiff had the authority to immediately brief the full committee and convene hearings on the matter. Schiff, however, did nothing. He did not brief his committee on the matter, nor did he brief the gang of 8, which consists of top congressional leaders in both chambers.

If American lives were the chief concern, why didn’t Congressman Schiff come forward about the matter? Clearly, it was politically expedient to wait and use the information. They waited until it would be most valuable as a tool to hurt President Trump.

In May 2018, Watch Jerusalem editor in chief Gerald Flurry wrote, “Something diabolical was going on until Mr. Trump was elected—and it is still going on behind the scenes during his presidency. The more stories that come out, the clearer this ugly reality becomes.” While this fact is becoming increasingly obvious to many, there is a largely hidden and profound spiritual reason for the ongoing attacks against President Trump.

America has never had a government come under as much attack from its own people as the current administration. To understand the underlying cause for this broad offensive against the president, please request Gerald Flurry’s free booklet Great Again.