Could the first operational fifth-generation fighter jet designed outside the United States be destined for Iran?
By Watch Jerusalem Staff • July 15 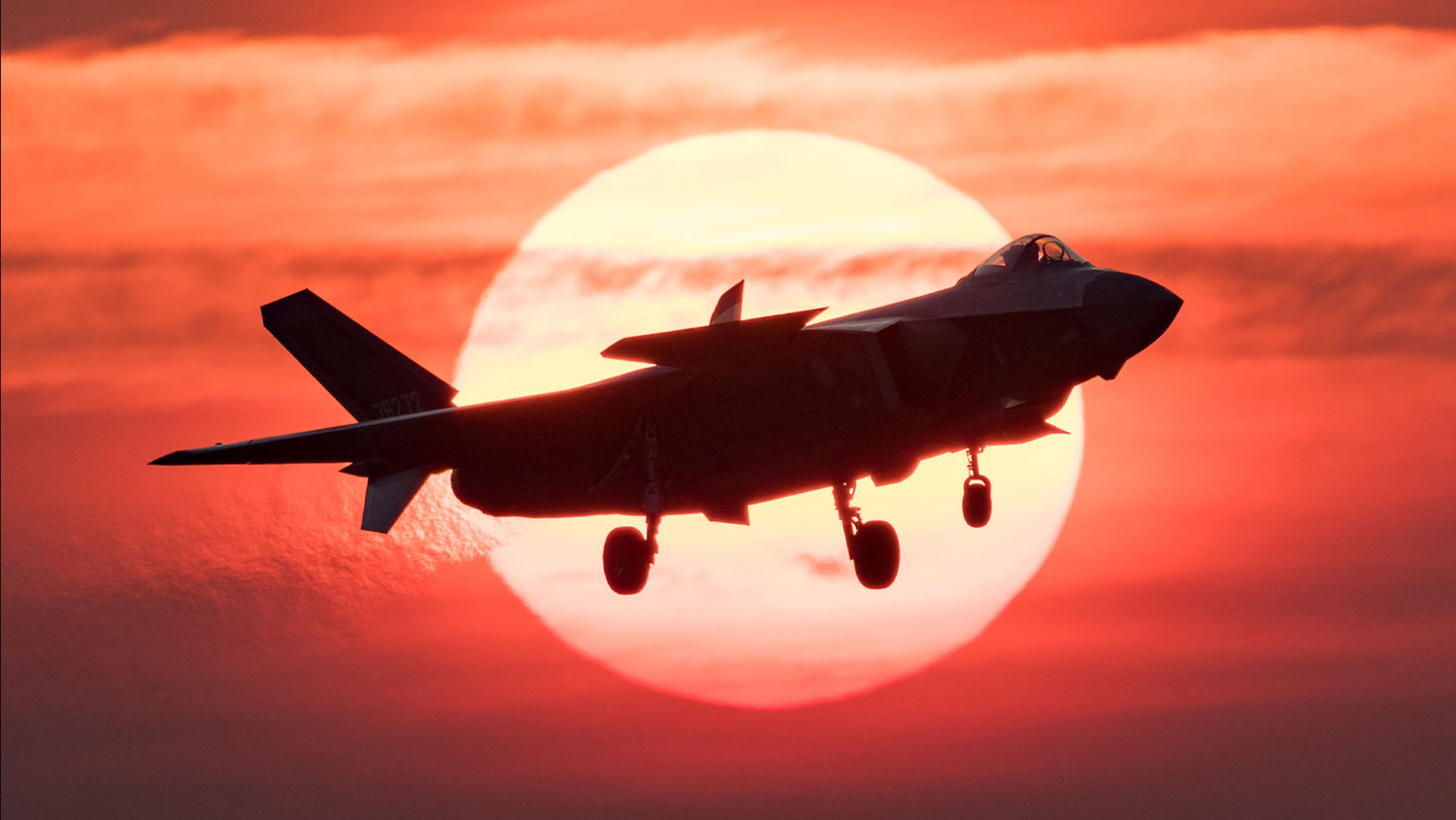 China’s first stealth fighter jet, the fifth-generation J-20B, has entered mass production, according to an anonymous military source close to the project. The new stage of production was marked by a July 8 ceremony unveiling the jet, which was attended by senior military officials including the vice chairman of China’s Central Military Commission.

The J-20A, the first version of the J-20 fighter jet, entered service in 2017 when the United States delivered 100 F-35 strike fighters to Japan and South Korea. The J-20 was designed to rival the F-35; however, it did not meet the agility requirements of a fifth-generation fighter. The newly updated J-20B jet is equipped with a modernized thrust vector control that allows better control and maneuverability. The new thrust allows pilots to tilt the jet’s exhaust nozzles, allowing it “to perform jaw-dropping maneuvers at very high angles of attack.” While this rapidly drains the jet’s energy, potentially leaving it vulnerable to attacks, it does provide an advantage in avoiding missiles and other air combat.

Delays on China’s domestically built WS-15 engine means the J-20B will use the Russian Saturn AL-31 engine. China’s engine is expected to be completed in a year or two and will give the jet a greater thrust-to-weight ratio, increasing its acceleration and rate of climb, as well as reducing reliance on Russian production.

About 50 J-20B are believed to have already been built. Four production lines are now running, each capable of producing one jet per month. It is unknown how many China plans to produce.

Zack Cooper at the American Enterprise Institute and a former Pentagon official specializing in U.S.-China military competition said, “It’s going to be really hard for us to keep up with the numbers that China’s going to have. … That’s going to be a really big struggle.”

Washington Examiner pointed out that the stealth fighter could be valuable in an invasion of Taiwan or “to seize control of the local airspace from neighboring U.S. allies.”

Senior research fellow on Chinese military and security at the Heritage Foundation, Dean Cheng, pointed out that Chinese air superiority is an “important prerequisite” for conflict on land or at sea. “Advanced surface-to-air missile systems are very, very lethal, so the idea that you’re going to fly a combat mission with non-stealthy aircraft is pretty much a nonstarter,” he said. The Chinese are equipping themselves with the tools necessary for military superiority.

This is not only a danger for the United States but could impact Israel’s own defense capability against Iran.

The unveiling of the stealth fighter came just days before the New York Times revealed that China and Iran have drafted an immense economic and security agreement. The potential agreement is valued at over $400 billion over the next 25 years. It would see mass Chinese investment into Iranian infrastructure in return for extra cheap Iranian oil.

The agreement also calls for joint training and exercises, as well as joint weapons development and intelligence sharing. While the draft agreement does not stipulate the specific purchase of military hardware, it is easy to see how closer military ties would foster the sale of sophisticated military equipment.

China is already calling for the arms embargo against Iran to end later this year. This would allow the legal sale of military arms between the nations. According to the Iran Nuclear Deal pushed by the Obama administration, the arms embargo is the first “sunset clause” due to expire in October.

The Trump administration has vowed to secure a permanent arms embargo on Iran, yet faces enormous pressure from other members of the United Nations Security Council.

China’s announcement that it is mass-producing a stealth fighter as it pursues a partnership with Iran, and as it lobbies to end the arms embargo on Iran, should be highly concerning.

Put together, they provide a toxic confluence of factors that could have a devastating impact on the world.

Regardless of the promises of the Nuclear Deal, Iran remains committed to developing nuclear weapons. It remains the number one state sponsor of terrorism. And it remains hellbent on its quest for regional domination and the destruction of the Jewish State.

Biblical prophecy clearly states that Iran will continue down this path.

Based on the prophecy found in Daniel 11:40, Watch Jerusalem editor in chief Gerald Flurry has forecast Iran’s rise to power in the Middle East. Specifically, the Bible states Iran will attain the power to forcefully “push” at other nations. The purchase of Chinese stealth fighters, or any other sophisticated weapons technology, will give Iran greater ability to produce this prophesied push.

If you haven’t already, please request Gerald Flurry’s free book The King of the South to understand the complete picture of Iran’s rise and its place in latter-day events.