A Glimpse at the Hideous Reality of the Iran Deal

In October, Iranian pilots could be buzzing overhead in Russian or Chinese fighter jets.
By Brent Nagtegaal • July 16, 2020 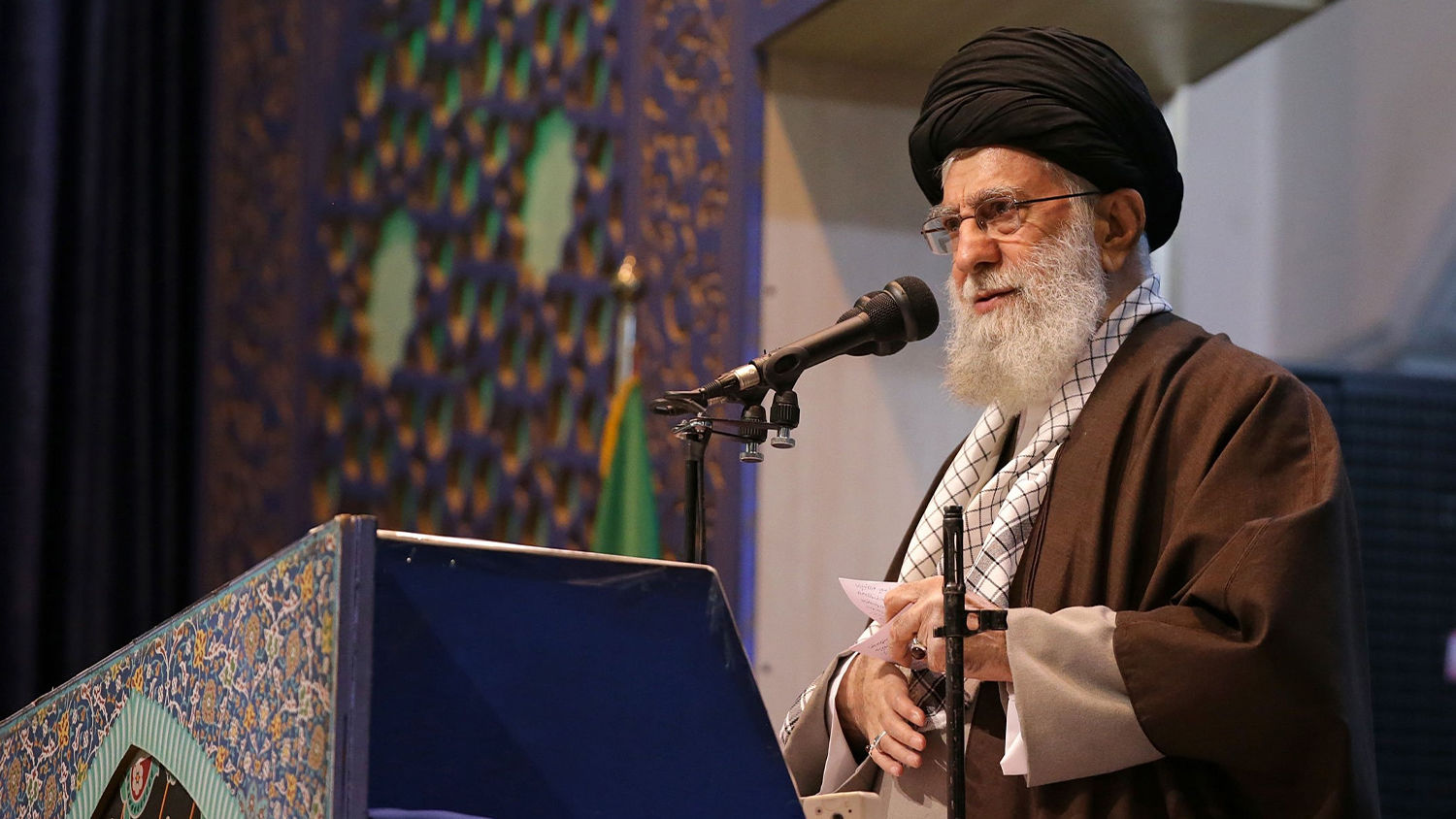 Five years ago this month, diplomats from Europe, Russia, China, the United States and Iran emerged from their Vienna hotel rooms in the late afternoon to announce that a deal had finally been reached. The Joint Comprehensive Plan of Action (jcpoa), more commonly known as the Iran nuclear deal, was the culmination of three grueling years of negotiations. It was the Obama administration’s crowning foreign-policy achievement.

In defending the deal, the Obama administration harangued dissenters—whether Israelis, Republicans or even stray Democrats—saying there were only two options with Iran: war or the deal. Critics, however, said that the nuclear deal, at best, only delayed Iran’s pursuit of a nuclear weapon by 10 to 15 years, when it would receive legal validity for its nuclear program.

But part of the deal had little to do with Iran’s nuclear program.

Ten days before the entire deal was announced, Iran demanded an end to the arms embargo against it and the ban on its testing of ballistic missiles.

The Iran nuclear deal had been sold to the public by a flattering American press as an agreement that had nothing to do with Iran’s destructive and destabilizing activities around the world. It was simply a way to stop Iran’s march toward the bomb. And for that, we were told, we could be thankful.

That narrative was blown, however, when Iran demanded the arms embargo on conventional weapons be lifted as part of the deal.

“Within a week,” Jay Solomon writes in The Iran Wars, “the United States and its partners caved to Iran’s positions, but with a twist. The arms embargo would be lifted in five years … rather than immediately.”

And so, here we are, five years later. In October, the arms embargo against Iran is set to expire.

Up to this point, Iran has had to get by with weapons produced domestically, as well as an aging fleet of aircraft sold to Iran before the embargo began. Even with this limited scope of weaponry, Iran has dominated its neighbors and threatened the Jewish state with repeated wars.

But now, in just three months, the world’s number one state sponsor of terrorism could be armed with conventional weapons that would tip the balance of power in the Middle East.

This means that “Iran will be free to purchase Russian-made fighter jets that can strike up to a 3,000-kilometer radius—putting cities like Riyadh, New Delhi, Rome and Warsaw in its crosshairs,” U.S. Secretary of State Mike Pompeo told the United Nations Security Council (unsc) at the end of June. “Iran will be free to upgrade and expand its fleet of submarines to further threaten international shipping and freedom of navigation in the Strait of Hormuz, Persian Gulf and the Arabian Sea.”

Iran will also be free to become the world’s largest trader in arms to rogue regimes and terrorist entities across the globe. It already does this with locally produced arms, but now it will be able to do so with arms it buys on the open market.

Iran does not deserve to have the arms embargo lifted. pic.twitter.com/HIri6hFKbf

Understandably, the Trump administration has started a campaign to ensure the Iranian arms embargo is extended. So far though, all other signatories of the nuclear deal haven’t budged. America’s so-called allies, the United Kingdom, France and Germany, haven’t sided with the U.S. And Russia and China are not only ruthless about ending the embargo, they are lining up to be Iran’s weapons suppliers.

It’s possible that in the coming weeks the International Atomic Energy Agency (iaea), which is in charge of verifying Iran’s compliance in the nuclear deal, will charge that Iran is in violation of the deal, which should lead to an automatic extension of the embargo. However, both Russia and China are already working to discredit the work of the iaea. In June, China rejected the iaea’s report that Iran is refusing to allow inspectors to see potential nuclear sites. Russia too said that iaea head Rafael Grossi was needlessly delving into “historical research” of Iran’s past activities.

This means that should the iaea announce Iran is breaking the deal, Russia and China could choose to not believe it and decide to sell Iran weaponry anyway. This week, the New York Times revealed that China is working with Iran to secure a $400 billion trade and investment partnership.

Certainly, the U.S. has other options available to stop the Iranians from acquiring sophisticated arms without the unsc agreeing to extend the embargo. This could be through punitive individual sanctions against Russian or Chinese entities that sell arms to Iran. But these would be difficult to enforce.

But the fact that the U.S. has to fight so hard to stop powerful nations from selling weaponry to the leading state sponsor of terrorism is worth pondering.

Iran routinely shares its desire to force its Islamic revolution upon the world. It routinely speaks of wiping Israel off the map. But leading nations like China and Russia are willing to give it ammunition.

It’s also worth pondering what the Middle East would look like had Hillary Clinton been elected as U.S. president instead of Donald Trump. No doubt, the nuclear deal would have continued unabated with America’s blessing. There would have been no sanctions on Iran’s exports, which would have provided Iran an estimated $200 billion of extra income. Iran would have also benefited from lucrative trade deals with massive multinational corporations that were lining up to do business with it. Companies such as Boeing, Airbus, Renault, General Electric, Russian Railways, Gazprom, Total, Eni and Siemens all had deals in the works when the nuclear deal was implemented. Such financial investment would have lined the pockets of international businessmen and the Iranian regime, remaking the country into even more of a regional powerhouse.

And how would Iran have used that extra money?

Does anyone doubt that the Iranian regime would have done what it has always done: use those resources to increasingly aim more potent weapons at the Jewish state? Undoubtedly, Iran would have already attacked the nation of Israel.

The Iran nuclear deal was so hideous that even with the election of Donald Trump and the imposition of the strictest U.S. financial sanctions on the regime, Iran is still on the cusp of having access to the open weapons market.

As Watch Jerusalem editor in chief Gerald Flurry has written extensively over the past four years, the election of Donald Trump was a life-saving moment for the United States. This was not said to deify the president, but rather to recognize the fulfillment of an ancient prophecy.

As Mr. Flurry explains in his booklet Great Again, a prophecy found in 2 Kings 14 states that someone would come on the scene in our time to save biblical Israel. (To understand who the modern descendants of the ancient Israelites are, please request our free book The United States and Britain in Prophecy, by Herbert W. Armstrong.)

Without the election of President Trump, the constitutional republic of the U.S. would have been lost to forces that want to blot it out. In parallel to that, had Mr. Trump not been elected, there is no guarantee that Iran wouldn’t have already attacked Israel.

Yet even with a continual supply of evidence that Iran still seeks to destroy Israel, who is willing to stand beside Israel, apart from President Trump?

The restoration of America’s alliance with Israel and its strong stance against Iran in the face of international criticism are further proofs of the prophetic role President Trump is playing. But even Donald Trump will not be able to hold back Iran forever.

It is critical that you understand the prophetic significance of President Trump’s election and how that has reshaped the world. To do so, please read Gerald Flurry’s free booklet Great Again.