120 Seals Discovered in Excavation of Hezekiah and Manasseh ‘Administration Center’ 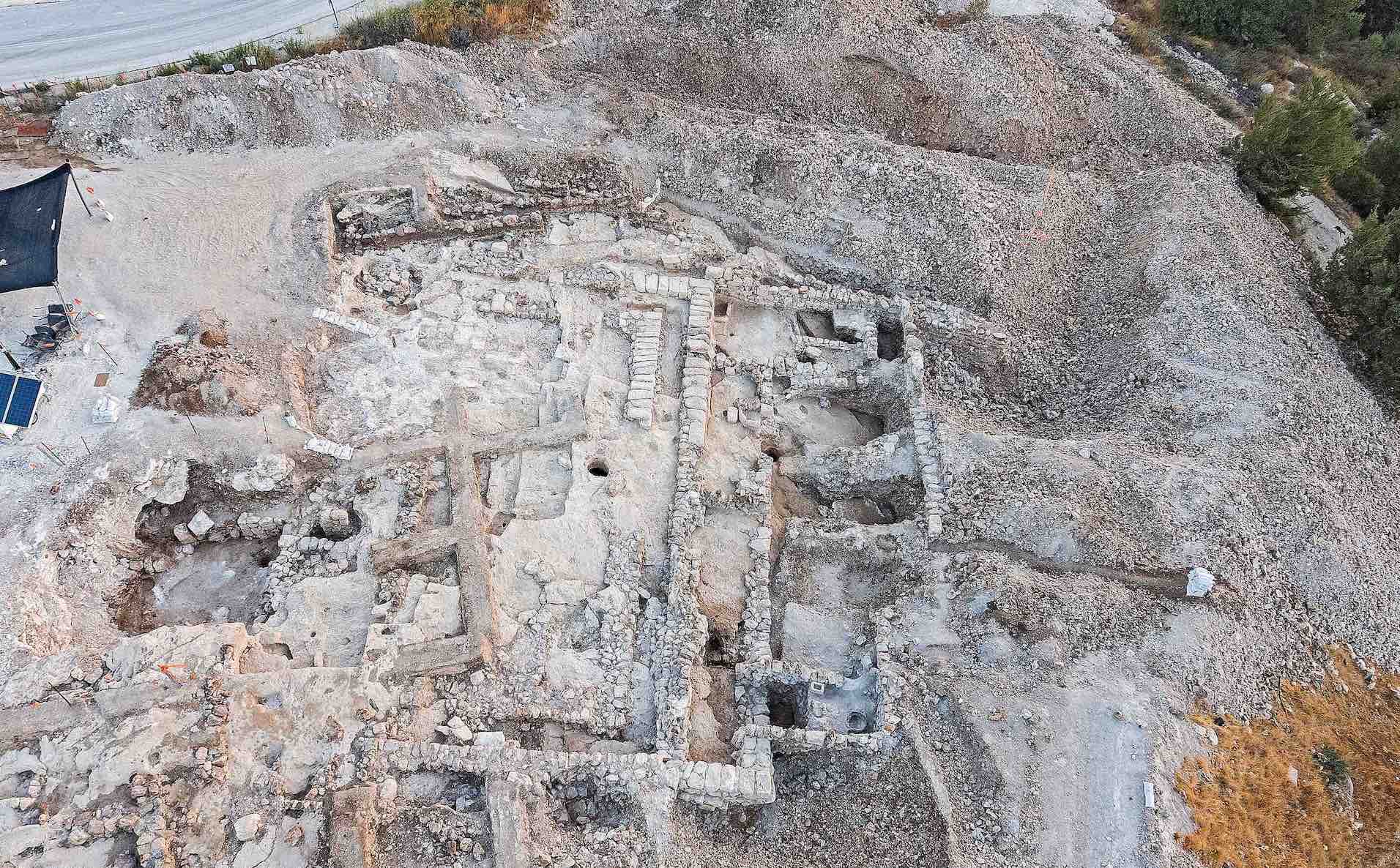 Aerial photo of the large administrative building from the time of King Hezekiah and Manasseh. The large mound of flint stones can be seen to the right hand side of the site.
Assaf Peretz, Israel Antiquities Authority

Archaeologists working at Arnona, Jerusalem have unearthed a large administration storage center literally brimming with lmlk seals and other exciting discoveries, dating to the reigns of biblical kings Hezekiah and Manasseh—the late eighth-seventh centuries bce. The more than 120 administrative seals discovered makes this one of the largest and most important seal collections in Israel.

Most of the seals were of the “lmlk” variety. These are a certain administrative seal that was stamped onto the handles of storage vessels. They are particularly notable from King Hezekiah’s reign, with five main types bearing either a winged scarab beetle or winged sun (the Arnona seals mostly consist of the latter). All are imprinted with the word lmlk, meaning “to the king,” and many include the name of one of four Judahite cities: Hebron, Socoh, Ziph or Mmst (a still-debated word). It is evident that these seals constituted some kind of administrative/taxation/tithing purpose, perhaps initially related to Hezekiah’s preparations for the oncoming siege by Sennacherib’s Assyrian army.

Besides the official lmlk seals, many pottery handles were also stamped with the personal seals of individuals, as follows:

Several of these names have also been found on storage vessels elsewhere in Judah, attesting to the prominence of these individuals. They may have been wealthy landowners, or perhaps representatives of economic areas. Most of these names parallel biblical names used during this late kingdom period. The names of two of the father figures, Abdi and Azariah, are both mentioned together in 2 Chronicles 29:12 (a passage describing Hezekiah’s righteous reforms). As such, they may represent the same individuals—but unfortunately, there is insufficient genealogical information on the seals to be certain.

The building that contained the seals was an unusually large and impressive structure made of large ashlar stones. This building dates to the late eighth century (the reign of Hezekiah) and continued to be used through the lengthy reign of his son, Manasseh. At that time, the site dominated an area that was surrounded by olive orchards, vineyards and wineries.

Strangely, during the sixth century bce, the building was covered over by a massive pile of flint stones that rose some 20 meters high and spanned over seven dunams (two acres). The pile of partially-excavated stones is still visible from a great distance. Stone piles such as this have been found at other sites in Jerusalem, but scientists are still confused by them. It appears that they relate in some manner to the sixth century Babylonian conquest of Judah.

Other discoveries from the Arnona site include small pagan idol objects, including female figurines. The Bible notes Hezekiah for his generally righteous reign—but identifies his son, Manasseh, as perhaps the most egregiously evil of all the Judahite kings. (He led the nation in child sacrifice, and according to Jewish tradition, even had the elderly prophet Isaiah sawn in half.) The existence of both Hezekiah and Manasseh has been thoroughly attested to in archaeology—Hezekiah, from his personal seal stamps and inscriptions of arch-nemesis Sennacherib; and Manasseh, from the Assyrian annals of Esarhaddon.

Following the destruction of the Arnona site at the time of the sixth century Babylonian conquests, evidence revealed that the site was resettled and administrative activity resumed during the late sixth century Persian period, with the Jewish return to Zion (as described in the post-exilic books of Ezra, Nehemiah, Haggai, Zephaniah and Malachi).

Arnona is located on the edge of Jerusalem—and in an interesting link to recent geopolitics, the ancient administration site is not far from the new United States Embassy, moved by President Trump from Tel Aviv to Jerusalem.

The excavation was led by Nathan Ben-Ari and Neria Sapir, of the Israel Antiquities Authority. “This is one of the most significant discoveries from the period of the kings in Jerusalem made in recent years,” they wrote.

The new discovery—not only of small items, but also of a large administrative facility—adds to the growing picture of life during the later biblical periods, especially during the reigns of kings Hezekiah and Manasseh. This Jerusalemite center, not far from the City of David capital, attests to the strong, centralized and well-regulated nature of the Judahite kingdom during the seventh-sixth centuries bce.